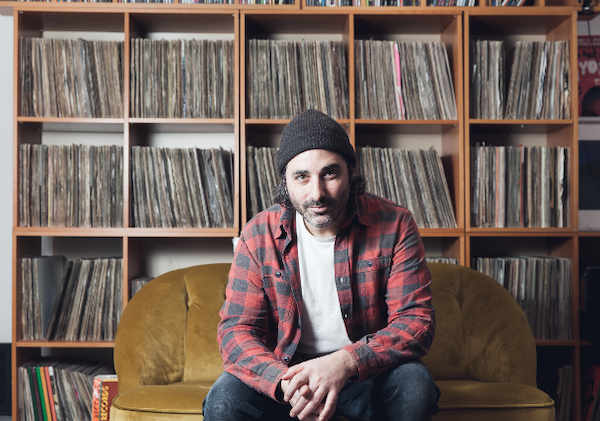 After his sellout London debut at The Jazz Cafe, DJ Yoda returns to London in the Spring to take the live performance of his new collaboration album 'Breakfast of Champions’ to a whole new level.

With help from vocalists Sparks and Truthos Mufasa from The Mouse Outfit, beatboxer & producer extraordinaire Shlomo and rising wordsmith Rex Domino, it promises to be a night of epic proportions.

Duncan Beiny aka DJ Yoda is no ordinary scratch DJ. His seminal 'How To Cut & Paste' series showcased a tongue-in-cheek mixing style that prompted Q Magazine to declare him “one of the ten DJs to see before you die”. Originally a hip hop dj, he has been steadily incorporating a myriad music styles into his shows with a view to create exhilarating musical collages, from reggae to drum'n'bass, kuduro to country music - and often at the same time! - concocting an intoxicating blend with one single aim in mind: to get the party going! Trail-blazing into the world of the audio-visual he has pioneered a new artform using cutting edge technology that he has been instrumental in developing to scratch and mix visuals on top of his DJ sets. Drawing from sources as diverse as classic movies, obscure television shows, or viral youtube clips, you can find him cutting up the Indiana Jones theme tune to full on dubstep, or dicing and splicing the Muppet Theme with M.I.A. in amongst the inimitable audiovisual whirlwind that is DJ Yoda.

The Mouse Outfit hail from Manchester, founded and run by Chini and Defty. They are part hip hop production team, part live band, part ever growing collective of musicians and bring their own brand of jazz influenced boom bap to the masses. Self-releasing three studio albums (‘Escape Music’ in 2013, ‘Step Steadier’ in 2015 and 'Jagged Tooth Crook' in 2018), they are also prolific music video makers, reaching over 10 million views on their Youtube channel.

Two-times UK beatbox champion, Reeps Once is a walking, breathing sound system, a human that speaks electronic music and can stand up to the highest energy DJ’s in the world with a 45 minute solo set. He has toured with Foreign Beggars and Prodigy, as well as solo through the UK and Australia.