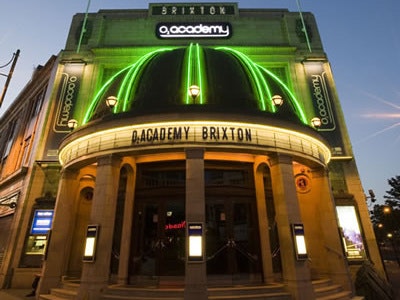 The award-winning Academy Theatre was built in 1929 as the flagship of the Astoria Group's chain of atmospheric variety theatres. The venue boasts a magnificent Art Deco interior, with a grand entrance hall and sweeping double stairway in the foyer. The main auditorium contains Europe's largest fixed stage, framed by an elaborate proscenium arch based on the design of the Rialto Bridge. It was the first truly atmospheric English theatre where built-up forms were combined with colour and plasterwork to produce the illusion of an auditorium with the atmosphere of the outdoors.