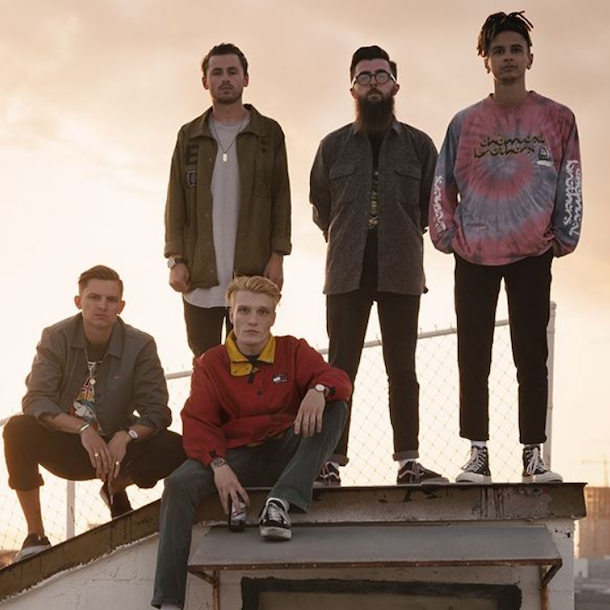 This show was rescheduled from 19th September 2020 and moved from Alexandra Palace.

A five piece pop-punk band from Wales. Vocalist Ben Barlow, guitarists Lloyd Roberts and Matt West, bassist Fil Thorpe-Evans and drummer Dani Washington are a set of lads who describe themselves as down-to-earth who ‘write songs that we like and talk about things that mean something to us.’ With an electric, ambitious and lively attitude, the lads have created fast, catchy and enjoyable songs.

'Somewhere, in a cluttered basement in rural Vermont, you will find nothing,nowhere. creating in solitude. In this very basement - a socially anxious kid has ironically managed to reach not only the rest of the country, but the globe. Since creating the project in April of 2015, the project surpassed a million plays on SoundCloud in just 10 months and has found a home within the new wave of internet music. It’s midwest emo meets southern trap; heart wrenching guitar riffs with unapologetic 808s and lex luger hi-hats. Forget a genre, it is what it is - and nothing,nowhere. wouldn’t have it any other way.'

Hardcore punk from Leeds. Visually, they are an imposing bunch, but in reality they just really love dogs. They are graffiti artists, brothers, they are creative and hysterically funny, and they are trying to open up a genre of music that terrifies most listeners. Higher Power’s hardcore is about positive expression of aggression and a form of escapology. It is angry music - but lyrically they convey a lot about themselves as people. It’s about finding a positive outlet for their anger, whether it's social issues or mental health, adding a social consciousness and depth to the genre. 'Classic NYHC crossover, with a touch of Jane's Addiction and a whole mess of streetwise British swagger thrown in for good measure' Revolver