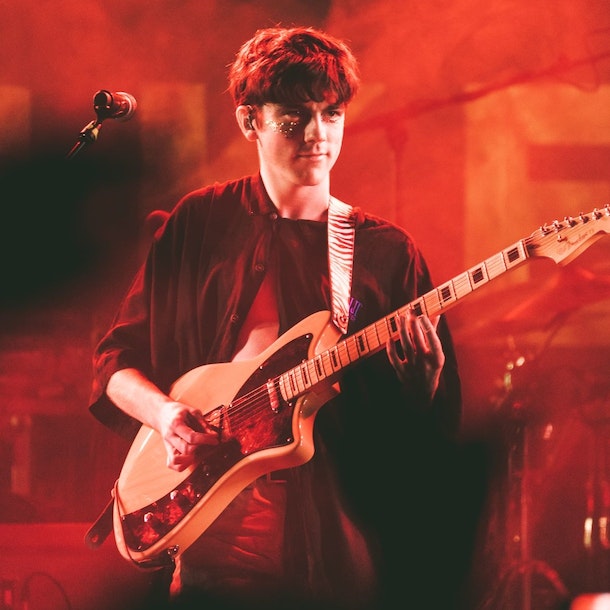 "UK indie troubadour, a little bit oikish and with a nifty talent for mainstream melody" - NME. Young Hertfordshire Indie-Rock singer-songwriter Declan McKenna began booking his own gigs at the age of just 14, recording whole albums in his bedroom and winning the Glastonbury Emerging Competition back in 2015. His first self-released single 'Brazil' got the attention of Columbia Records and he went on to score a no.16 hit on Billboard magazine's Alternative Songs charts. Since then, Declan has worked on new material with producer James Ford (Arctic Monkeys, Depeche Mode, and Florence and the Machine) and entertaining the masses with his energetic live shows.