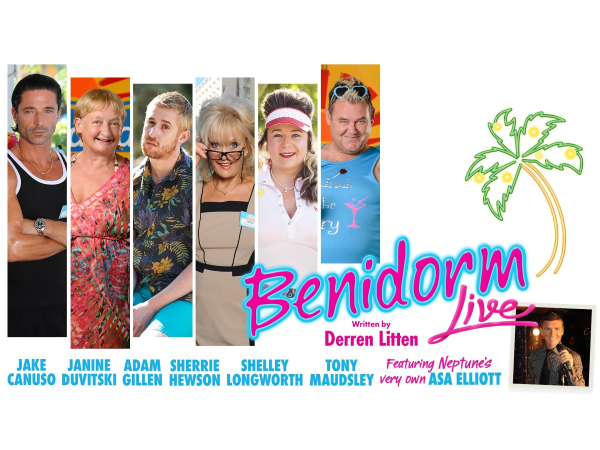 ITV's smash comedy has transferred from the sunshine of the coast of Spain to theatre stages up and down the UK! See your favourite stars from the Solana Hotel live on stage for a hilarious trip to Benidorm that you won’t want to miss!

After years of brilliant comedy with Russ Abbot, Sherrie has shown her versatility with stints on Coronation Street and Crossroads.

Tony became a series regular in the cast of Benidorm in 2011. With previous nominations of Best Actor and Best Newcomer by the Royal Television Society, Tony has also been seen in Sky Living’s The Spa and ITV’s Northern Lights. In 2016 Tony starred in the musical Hairspray as Edna Turnblad.