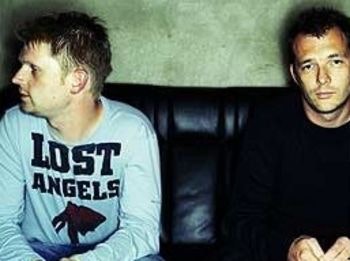 Progressive house and breakbeat trancemasters. A Swansea based dance collective who are one of the hottest properties in clubland having re-defined the breakbeat sound for the 21st Century bringing in 'real' musicians, including a complete Russian orchestra at one point!

One half of Bristol dance sensation Way Out West, former Cream resident and Massive Attack DJ, Nick has travelled the world spreading the gospel of full-on, upfront, techno trance.

West London duo 16Bit are two of the most respected electronic producers working today. Not many producers can count among their fans Bjork, Plan B & Professor Green. 16bit are at home on stage, enjoying themselves as much as the crowd they’re playing to. Journeying through all styles of music with elegance, their sets will go from sending the audience into a frenzy one moment to the most emotional moment the next. Their sets are nothing short of epic.