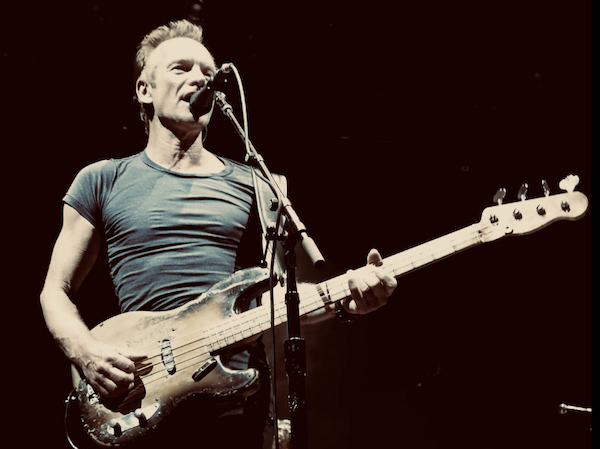 Sting: My Songs will come to London for an exclusive run of limited shows at The London Palladium for his only UK shows scheduled of the year. An artist renowned for performing in stadiums and arenas across the world, this series of concerts offers a rare opportunity to see the revered star in an intimate and celebrated venue.

The exuberant and dynamic concert showcases Sting performing his most beloved songs, written throughout the 17-time Grammy Award winner’s illustrious career both with The Police and as a solo artist. Hailed a “masterful performance from start to finish,” the concert “takes fans on a musical journey through time,” with “hits like Fields of Gold, Shape of my Heart, Roxanne and Demolition Man punctuating an unforgettable show.”

Please note: There is a ticket limit of 6 tickets per person and per credit card on this event.

This show was rescheduled from 17th September 2020.

Former Geordie school teacher Gordon Sumner who shot to fame as frontman of The Police, one of the most successful bands of the '70s and '80s. He then managed to eclipse their success with a solo career which carries on to this day. These days Sting is as known for his music as his humanitarian work - and regularly the two overlap, as Sting is known to regularly play political events, giving interviews and playing concerts in aid of the environment and human rights.