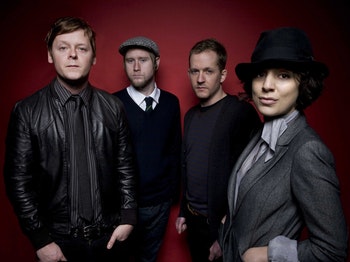 Pure Reason Revolution produce ethereal yet riffs aplenty indie prog of truly epic proportions. Drawing on the sounds of Pink Floyd, Led Zeppelin, Super Furry Animals and the Beach Boys, they put these influences through a blender, add a dash of original vision, and the result is 'like caped space-freaks on prog summer camp'. Modern and retro at the same time. Harmony-drenched yet hard-edged. The band have decided to go their separate ways following a final UK tour in November 2011.