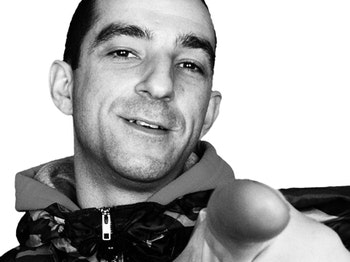 DJ Hype (aka Kevin Ford) has been a master of drum n bass since the early nineties and still pulls in huge audiences today. Blending drum'n'bass, breakbeat, hip hop and jungle, his eclectic style and attention to detail have earned him Best Male DJ and best DJ Radio. He is also the founder of jungle label Ganja which hosts fellow DJs Krome and Zinc.

DJ known for tracks like 'Machete' and 'Mr Happy' off the seminal Tru Playaz.

Leeds University alumni, international chart toppers Sigma met while balancing raving and studying, working in record shops and promoting events to top up their student loans. While some don their artist mantle when the occasion demands it, Cameron and Joe have made Sigma their 'life' since graduation. Early releases with Hospital Records, Viper, Bingo and DJ Fresh's Breakbeat Kaos, as well as their own Life Recordings, quickly marked them out as producers to watch, while remixes for Eric Prydz, Ellie Goulding, Stylo G and Sway began to take them to a wider audience. The world, it seems, is now their oyster.

AKA Danny Williamson, maestro of the progressive sound and drum'n'bass genius, whose work on the Logical Progression series marks him out as a musical visionary. Arguably the prime innovator in the development of jungle from its early status as an offshoot of hardcore techno into the respected, stylistic genre it became by the end of the 1990s, LTJ Bukem gained fame as an auteur in all fields of the drum'n'bass movement.

An integral DJ, composer and producer of some seriously dark slabs of drum'n'bass for Full Cycle. A regular on the UK drum'n'bass circuit.

One of the country's best known jungle and drum'n'bass DJs who is now concentrating on production and releasing tunes on his own Prototype label whilst holding a residency at The Herbal.

One of the country's top drum'n'bass MCs.

MC who has represented for labels such as Hospital and Renegade.

Stamina got his first break in 2000 and in the years that followed he has played at some of the most well-known festivals in the world, has been responsible for voicing two Top Twenty tracks, and has fronted two much revered live shows in the form of 'London Elektricity Live' and 'CPF Live'. Currently he is performing regularly as a result of being MC of choice for both DJ Marky and Shy FX. He also hosts one of Rinse FM's only Drum & Bass shows weekly on a Tue night/Wed morning, getting back to lesser-known roots in DJing.