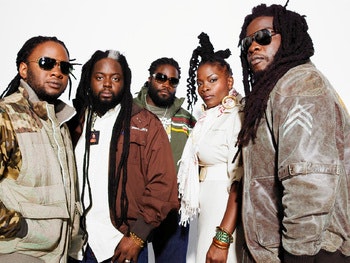 'The Royal Family of Reggae', otherwise known as five of the sons of Denroy Morgan. After moving to Jamaica following their first album 'Miracles' in 1994, the group toured and released several albums in the subsequent years under the supervision of producers Bobby Dixon and Lloyd James. Morgan Heritage remain one of the most influential Reggae groups around.

Romain Virgo is a singer from Jamaica, specialising in the lovers rock style of reggae music