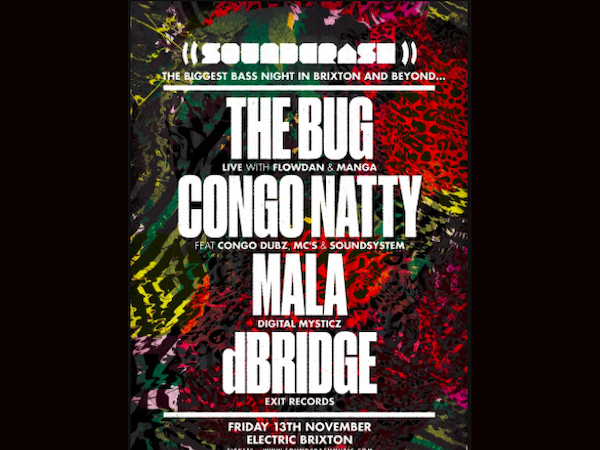 A Huge, One Off Clash Of The Titans

Kevin Martin is a London-based English musician, record producer and journalist, often known under his recording alias The Bug.

Aka the Rebel MC of 'Street Tuff' fame and one of the true pioneers of Jungle music.

As the boss of Deep Medi Musik and co-founder of DMZ, Mark Lawrence is one of the most respected men in the dubstep scene.