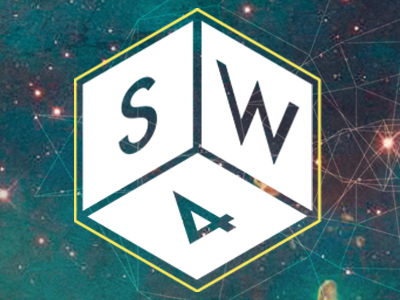 Some of the world’s leading DJs and live electronic acts, as well as tens of thousands of dance music enthusiasts, will help write the next chapter in SW4’s illustrious history. It has been said before and it will be said again; when it comes to SW4 there is simply no better way to end the summer.

Rollo Armstrong, Sister Bliss and Maxi Jazz became one of the UK's top contemporary dance acts, selling over 12 million records worldwide and famed for such hits as 'Insomnia' and 'God Is A DJ'. Festival favourites, the band performed at all of the big festivals, frequently turning a crowd of thousands into a giant mosh pit. The band decided to split in 2010, after 15 years and six albums together.

International DJ and producer from Sweden, now based in London, Eric Prydz was most famously the man responsible for the European dance smash 'Call On Me', cleverly sampling Steve Winwood's classic 'Valerie'. The song was helped by the accompanying unforgettable fitness workout video! Reaching a respectable 30th position in DJ Magazine's Top 100 DJs poll, Prydz is not only an outstanding tech house DJ, but can also cut the mustard in live performance, fusing keyboards and guitar with turntables to impressive results.

Electro house/dubstep producer from Los Angeles, California, Sonny Moore, aka Skrillex, is at the forefront of a new generation of artistes that refuse to be restricted by genre. As well as smashing clubs and festivals around the world, Skrillex has also made a name for himself as a highly sought after remixer and producer, having worked with the likes of Lady Gaga and Black Eyed Peas, Benny Benassi and La Roux.

Martin Garrix may not be a superhero or a secret agent, but he does possess two identities. A young student by day, but when the sun goes down he can be found behind the decks in front of packed hotspots and festivals across the globe, fraternizing with electronic dance music royalty, tirelessly producing in the studio, and dropping records.

Carl Cox has brought his unique blend of styles to venues and audiences in virtually every country with a sound system. Having been at the birth of the acid house movement and played the opening party of Danny Rampling's revolutionary Shoom, Carl Cox is one industry face who truly has 'been there since the beginning'.

Oliver Heldens was just 17 years old when the biggest record label in the dance industry, Spinnin' Records, approached and signed him. Oliver creates a techy / deep house hybrid, which is instantly recognisable as him. After the success of ‘Gecko’, which reached number 1 in 2013, Oliver hit the UK Charts again with ‘Koala’ followed by collaborations with Sander van Doorn, Zeds Dead and Shaun Frank to name a few. He has established residencies at two of the most prestigious nightclubs in the world - Omnia in Las Vegas and Ushuaïa in Ibiza.

Always ranking high on any DJ list that matters, DIY head honcho Solomun is one of the most in-demand DJs of recent times. Named 2012 'DJ of the year' by Mixmag, the Hamburg based producer has been making huge waves with his unique and modern blend of techno and house.

From his beginnings as a bedroom DJ five years ago, to headlining the Glade stage at Glastonbury in 2010, Nick Douwma, better known as Sub Focus, has become one of the most interesting, innovative and important voices working in British electronic music today. Douwma has created compositions for Chase & Status (Flashing Lights) and Example (Kickstarts), remixed The Prodigy, Deadmau5 and Dizzee Rascal, while his own tracks (including Airplane, X-Ray, Rock It, Could This Be Real) have won Sub Focus fans in the form of Zane Lowe, Annie Mac, Grooverider and Mistajam.

Steffen Berkhahn is a Berlin-based house and techno DJ, producer and label manager. He has been the number one DJ on Resident Advisor's Top 100 DJ Poll every year since 2013.