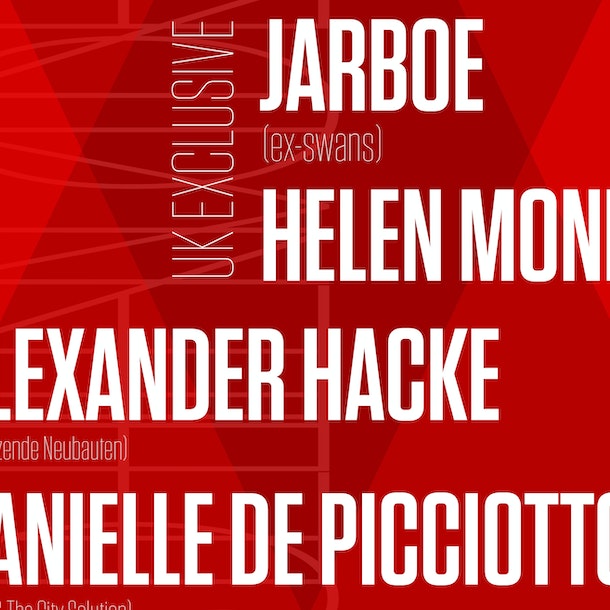 See all dates for 5 Years Of Chaos

Independent promotion Chaos Theory celebrates 5 years of underground events and daring musicians with this very special double-headline bill, which will be the artists' only UK performance during this tour.

Half of the seminal NYC music project 'Swans', now persuing a solo career in her own eclectic way. Renowned for her striking vocal style and eclectic compositional skill, Jarboe has emerged as one of the leaders of the alternative music scene.

Alison Chesley is a cellist who has become known for her adventurous sound, bold compositions, and compelling stage performance. Called “A classical-cellist-turned-avant-metal virtuoso" by the Boston Phoenix, Chesley channels her sensibilities and experience as a rock musician through a classical instrument, altering both genres without apology.