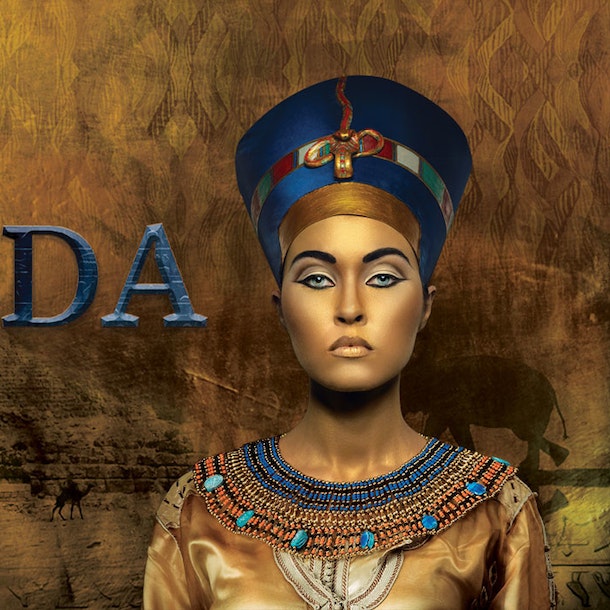 Russian State Opera presents Verdi’s Aida – a timeless and emotional opera with breathtaking melodies – featuring an impressive cast and accompanied by a live orchestra of over 30 musicians.

Verdi brings ancient Egypt on stage with an evolving love story set against the backdrop of war. The Princess of Ethiopia (Aida) falls in love with the Egyptian General (Radames) who is in turn besotted by her. Radames is chosen to lead the war with Ethiopia by the King, and Aida is left to choose between her lover or her father and her country.

Aida is a gripping love story that will keep you on the edge of your seat until the very end.

Arias such as ‘Se quel Guerrier io fossi!’ sung by Radames in Act I is one of the most famous arias in the operatic world, while one of the most powerful melodies comes in the second part of the opera in the form of the Triumphal March, highlighting victory and triumph.

A deeply moving opera overflowing with emotion and containing moments of despair and uncertainty. Aida is an unforgettable, inspiring experience.

Sung in Italian with English surtitles.

Amande Concerts is a production company that is behind the brand of Russian State Ballet and Opera House that now performs over 200 different classical shows every year. Over the years we have been focusing on delivering the highest quality Russian ballet and opera productions to British and European audiences. We have a vast experience, specialising in Russian performing arts and are here to help you to start your journey. The Russian State Ballet and Opera House was created to present the highest quality and passion for ballet and opera. Over the past 15 years we have worked with numerous companies and artists from Russia and decided to incorporate only the best under the umbrella of The Russian State Ballet and Opera House. Unlike many other companies touring Western Europe, we only focus on working with recognized theatres in the Russian Federation that have solidly established companies, boasting a core of experienced directors and performers who have graduated from the best artistic institutions in Russia and the former Soviet Union. Our logo is synonymous with high quality productions and we hope you will be part of our growing family of supporters and hope to see you soon at one of our performances!