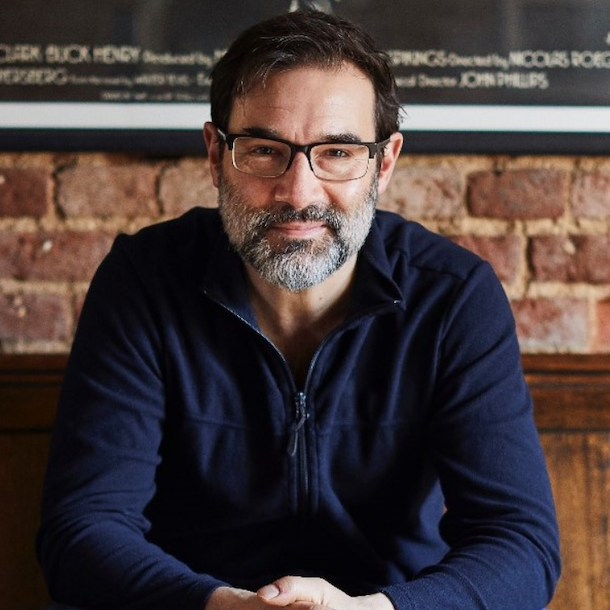 Laugh Till It Hurts In Aid Of UCLH Charity

One half of the genius behind Channel 4's Adam & Joe show, actor, scriptwriter, stand-up comic and DJ on BBC 6 Music. 'Buxton displays a near heroic willingness to behave as stupidly as possible in pursuit of laughs. A sunny riot of daft voices, songs, and tortuous puns' (The Scotsman) 'Would make a convincing claim to the title of funniest man in Britain' (Three Weeks) 'Wonderful fun' (The Guardian).

Paul Sinha is a qualified GP and international stand up comic of many years standing, having performed in all major comedy clubs in the UK, as well as China, Auckland, Singapore, the Middle East, South Africa, Netherlands and Germany. Paul's second full length solo show 'Saint or Sinha' received widespread critical acclaim at the 2006 Edinburgh Fringe Festival and was nominated for the if.comedy award (formerly the Perrier). Since then Paul has been in great demand, whether on TV shows such as Edinburgh and Beyond, World Stands up, Comedy Shuffle and Comedy Cuts, on Radio 4's Loose Ends and the Now Show, or his numerous contributions to Radio 5 Live and Talksport, as well as having recorded for Shane Warne's Ashes podcasts. 'Wonderfully inventive and intelligent’ (Evening Standard) 'One-liners are delivered with the crisp clarity of cut glass. Highly original' (Metro) 'Universal anecdotes as warmly delivered as you would find anywhere... it's a pleasure listening to him... Opinionated, witty and smart – Sinha is the certainly one of the comics Fringe goers should be flocking to' (Chortle) 'His confidence on stage was excellent and his talent for adlibbing and summoning gags off the cuff were very funny' (BBC Online).

One of the most exciting and distinctive talents to emerge on the comedy circuit in recent years. He is a familiar voice on BBC Radio 4 as a regular on The News Quiz, The Unbelievable Truth and Armando Iannucci's Charm Offensive. 'Absolutely brilliant' according to Caroline Aherne, and he has justified the tag, regularly selling out his shows in Edinburgh and racking up the television and radio credits. Plus, he dresses smartly and uses no bad language whatsoever...!

Felicity Ward is a multi-award winning, Melbourne-based, stand-up comic, writer and performer. She is most well-known in Australia for her work on Network Ten's The Ronnie Johns Half Hour, and her regular guest appearances on ABC's Spicks and Specks and 7's Thank God You're Here. 'Joyfully Funny' (Edinburgh Evening News).

After growing up in '80s South-East London and surviving a post-Bush, post-racial, post-Thatcher, post-Twilight Society, Dane realised that it was a moral obligation to chronicle and in some places parody the human experience and contemporary western culture. Star of hit podcasts Dane Baptiste Questions Everything and Quotas Full. As seen on Live at the Apollo, 8 Out of 10 Cats Does Countdown, Sunny D, Live at the Palladium…pretty much all over your TV screen. 'Brilliant' (Comedy Blogedy) 'Intelligent and genuinely hilarious' (Adam Bloom) 'Observational comedy at its finest' (The Independent) 'Baptiste is a comical genius' (www.EdFestMag.com) 'A thunderingly charismatic comic' (The Guardian).