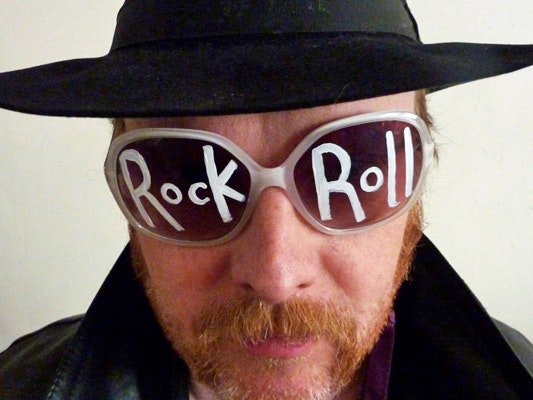 One day, Peter Buck bought one of Luke Haines' Lou Reed paintings (for £99.00). They had never met before but decided that the fates had brought them together and they should write some songs together and make an album.

'Beat Poetry For Survivalists' is that album. With songs about legendary rocket scientist and occultist Jack Parsons, The Enfield Hauntings, (of 1978) a post-apocalyptic radio station that only plays Donovan records, Bigfoot, and Pol Pot.

One of the most prolific British songwriters of the 90s, Haines sprang to prominence in 1992 with his band The Auteurs and the Mercury Music Prize-nominated album 'New Wave', inadvertently kicking off Britpop in the process. He was also the brains behind Baader Meinhoff and Black Box Recorder, who with vocalist Sarah Nixey scored a UK top 20 single in 2000 with 'The Facts Of Life'. Haines has continued to release a series of idiosyncratic solo albums, along with writing a regular column for Record Collector magazine and presenting a weekly show on London's online station Boogaloo Radio.