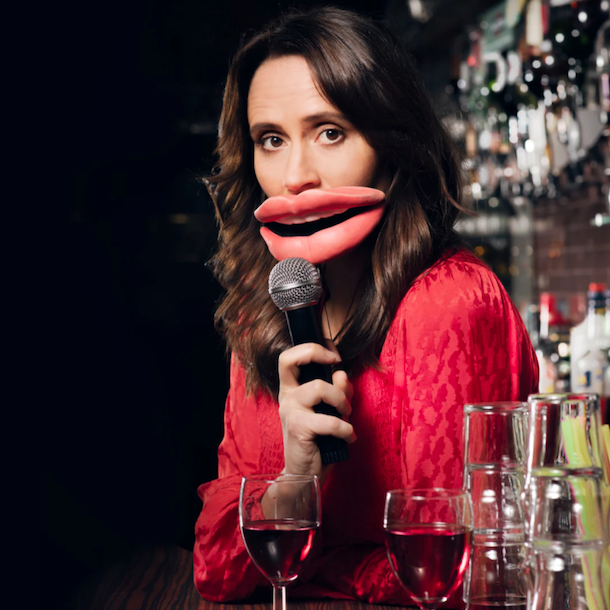 British Comedy Award winner Nina Conti is back on tour!

The quick-thinking queen of ventriloquism brings you her pioneering new dating show. She’ll be like Cilla Black with masks. Derailed. Not so much a Blind Date as a re-voiced one. There’s no promise that true love will be found, but a firm guarantee that big laughs will be had in the reign of this ‘voice-throwing queen’ (London Evening Standard).

Conti has stormed Live at the Apollo, made a BAFTA-nominated film and enjoyed sell-out shows across the world – all without moving her lips.