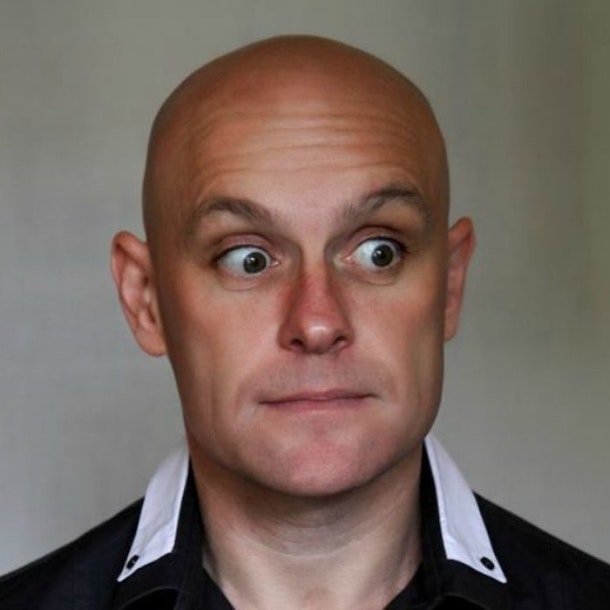 Established in 2001 and featuring four stand up comedians, the HiFi’s Comedy Club is Leeds’ finest independent Stand-Up Comedy event and has been the launch pad for so many Stand-Up comedians over the years with the likes of Alan Carr, Paul Sinha, John Bishop, Katherine Ryan, Reginald D Hunter, Tom Stade, Jason Manford, Jon Richardson, Sarah Millican, Daliso Chaponda, Russell Howard & Chris Ramsey all calling the venue home during the early days of their careers.

Obviously we’re super happy to be back, but until step 4 of the government’s road map back to normality is implemented on 21 June, we will be operating with a limited capacity due to social distancing measures needing to be in place. Tickets for all dates, up to and including Saturday 19 June, will be sold on a table basis rather than individual ones and each ticketed table will need to adhere to the rule of 6 and be made up of people of 2 households or less. Because of both the reduced capacity and the fact we don’t want anyone to miss out on their first fix of Stand-Up Comedy after such a long break, we will, for the first month of opening, be running a Comedy show on a Friday too. So from Friday 21 May 2021 until Saturday 19 June 2021, Comedy will take place both on a Friday and a Saturday evening. Yay!

Doors: 6.30pm until 10:30pm with the first comedian onstage approximately 7.45pm. Due to social distancing measures, all ticket holders will need to arrive at the venue no later than 7.15pm to facilitate us getting you seated and served in good time (see below) before the first act takes to the stage. Any arrivals after this time may unfortunately have to wait until the next available interval to be allowed into the venue.

Eddy Brimson is one of the UK circuit's most in demand headline acts and works regularly with leading clubs both in this country and overseas. Having made many TV appearances including Eastenders, Absolutely Fabulous, The Thin Blue and Casualty, he has also featured in TV adverts such as Snickers and Bacardi Breezer. 'The crowd love him' (The Guardian) '... one of the most fascinating comedians on the circuit...' (Funhouse Comedy) 'There must be a school of comedy in the British Isles, if such a school exists, Eddy Brimson would have been top of the class' (Sydney Sunday Herald).

'Chris began performing stand up comedy in July 2012, 14 months later he has over 200 gigs under his belt for a host of reputable promoters up and down the country and is fast becoming one of the most sought after new acts on the circuit. With a cheeky Northern charm and hilarious tales it's clear to see why Chris is flying up the comedy ladder' (www.comedycv.co.uk) 'Mark my words, he will be a big name' (Love Comedy) 'Hilarious stories' (Hull Daily Mail) 'Worth the entrance fee alone. Look out for this man!' (Otley Town Post) 'Chris has oodles of warmth and likeability, and an assurance which belies his tender years. This young man could well go all the way!' (Golf Comedy) 'Hilarious' (Yahoo Festival Review) '... the immediately likeable Chris Washington, who uses his Northern charm along with his hilarious tales to entertain the crowds...' (Funhouse Comedy).

This charming Geordie motor-mouth has audiences in the palm of his hand, even when discussing the most near the knuckle subjects. With material ranging from the supernatural to euthanasia, everything is delivered with a cheeky smile that wins over even the most stony faced of the audience. A finalist in various high profile competitions such as Jimmy Carr’s Comedy Idol and Jongleurs Last Laugh Comedy Search, his twinkly eyed, playful demeanour disarms judging panels, industry experts and audiences alike, allowing him flirt coquettishly with topics that are traditionally a little more unusual. 'Hugely enjoyable... a ton of great stories... one to watch' (The Guardian) 'Razor sharp humour' (Metro) '... the appealing and perceptive Barry Dodds... captivates his audiences with his energy, spirit and tantalizing wit. His mix of surprisingly uncanny and irrepressibly cheeky material leaves them wanting for more' (Funhouse Comedy).