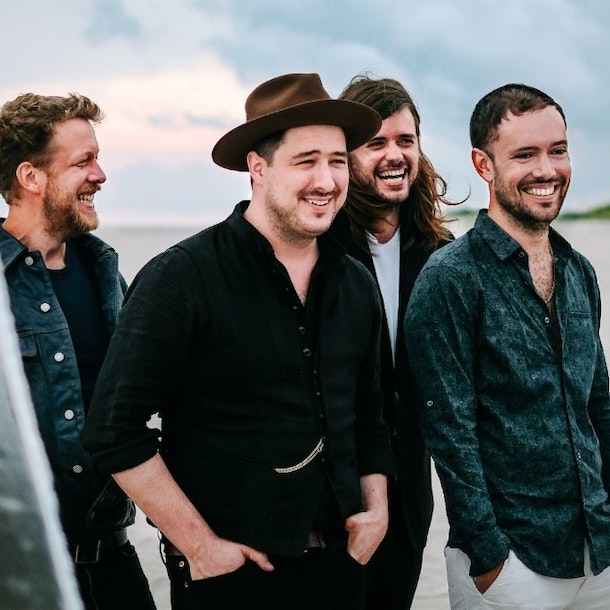 Mumford & Sons are excited to announce details of a huge world arena tour in support of their forthcoming fourth album, Delta.

The band’s biggest tour since forming ten years ago, they’ll perform the show on a new ground-breaking stage right across the middle of the room. Support in the UK comes from the magnificent Maggie Rogers.

Mumford & Sons release Delta on the 16 November through Gentlemen of the Road/Island Records. Introduced by the frenetic, persistent rhythms of first single Guiding Light, it’s a wildly experimental record that effortlessly marries the intimacy and jubilance of the band’s first two records, with the scope and stadium-sized dynamics of 2015’s Wilder Mind.

A songwriter, banjo player and producer from Brooklyn. She received an unexpected break when Pharrell Williams dropped into her study class to give some tips. Maggie played him her latest song, Alaska, a precise fusion of folk and dance music. As the chorus kicked in, Pharrell’s eyes grew wider and wider. By the end, he was her biggest fan.