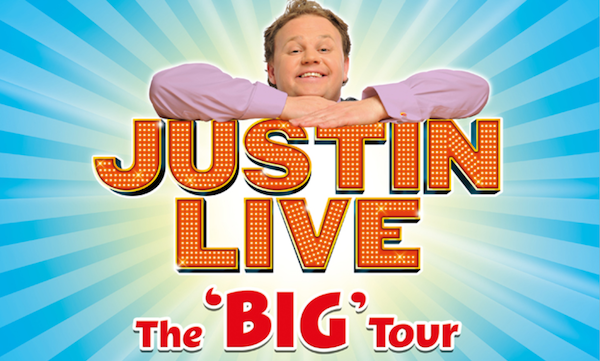 Children’s television megastar Justin Fletcher is heading out on the road with his all singing and dancing show Justin Live – The Big Tour!

Justin Live – The BIG Tour is a show written and performed by Justin himself. He promises lots of songs, laughter and bags of fun for all the family.