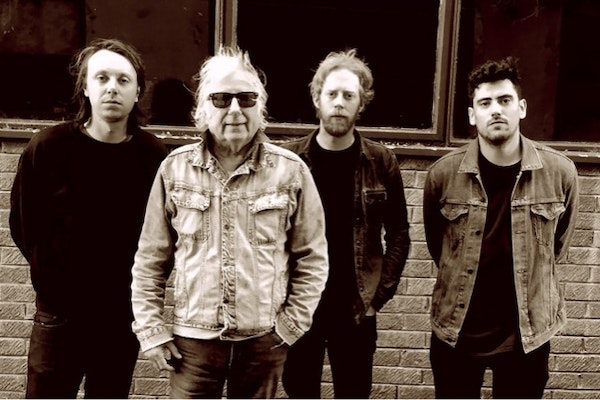 Man are a rock band from South Wales whose style is a mixture of West Coast psychedelia, progressive rock, blues and country-rock. Formed in 1968 as a reincarnation of Welsh rock harmony group 'The Bystanders', Man are renowned for the extended jams in their live performances. The band reformed in 1983, with a line-up of Micky Jones and Deke Leonard on guitars, Martin Ace on bass and John 'Pugwash' Weathers (formerly of Gentle Giant) on drums. Prolific would be an understatement as Man have 409 releases on 71 labels, in 24 countries under their belt at the last count in Feb 2010. Man are one of the most hardworking progressive bands in Brittan having toured year in year out since the late 60s except for a short break between '78 and '83. The band are very popular in progressive circles having played many shows with the likes of Hawkwind, IQ and occasionally with Marillion.

Luke Doherty is a young blues guitarist who is rapidly making a name for himself on the blues scene, having been gigging since the age of 12 in various blues clubs around the country.

Thr3e are a blues / rock trio from the Bedford / Northampton area. They've been described as 'the blues fans' favourite rock band and the rock fans' favourite blues band' and that just about says it! Influenced by Jimi, Rory, Cream, Robert Johnson, Lightning Hopkins and more, the power trio plays covers by all these artistes, plus a full set of their own original songs. Definitely a British take on the blues with some kick-ass rock power behind it.