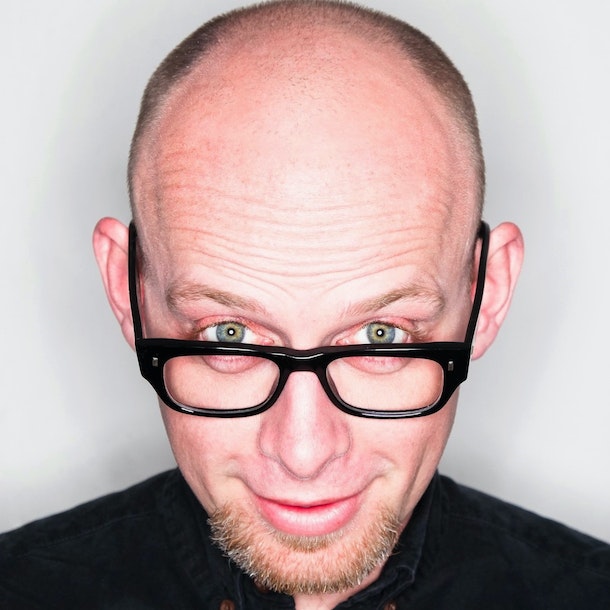 Our fabulous flagship Saturday show has been sold out every week for the past five years. And no wonder- it’s the best night out in Glasgow. Five different acts on every bill including our top drawer resident comperes and the best headliners from the UK and abroad.

Peter Brush is a highly distinctive performer and deft writer of finely crafted jokes. He unassumingly takes the stage with his slight bespectacled frame and scruffy hair, before consummately conquering it with an arsenal of razor sharp quirky one-liners and peerlessly original routines, all delivered in an amusingly awkward fashion. A BBC New Comedy Award Finalist 2013 & Harrogate Comedian of the Year 2012, he has also written for BBC Radio 4's 'The News Quiz'. 'An imaginative use of language and obtuse angles of thought that produce distinctive and eclectic gags... his best lines are inspired' (Chortle). “Unique observations and connections that stand-ups crave” (The Guardian).

'Don't be fooled by the diminutive frame. Within that pint-sized exterior lies a talent so huge that it can barely be contained. Susan Morrison is a comedy volcano, erupting with an endless flow of scorching hot gags, spewing forth at a blistering pace' (www.suziemo.co.uk) 'A supremely capable comedian' (The Scotsman). 'Susan Morrison - the Glaswegian wit for whom the word feisty was invented' (Scotland on Sunday) 'Bolshy and brassy - she's the queen of cool' (The List).