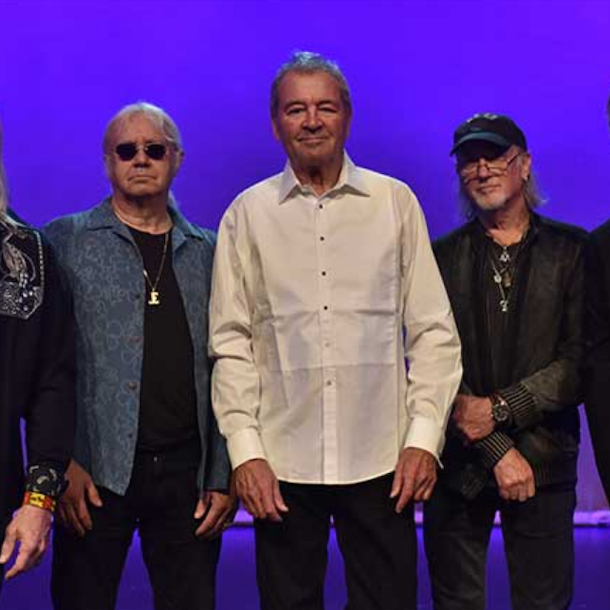 at The SSE Hydro, Glasgow
Rescheduled

This show has been rescheduled to 22nd October 2022.

Deep Purple have emerged as a true institution of the British hard rock community. Formed in England in 1968, and releasing their debut album that year, the band have sold over 100 million albums worldwide. Iconic hits include 'Smoke On The Water', 'Highway Star', 'Space Truckin'', 'Hush' and 'My Woman From Tokyo', with albums such as Fireball, Machine Head and Made in Japan remaining classics decades after their release. Surviving almost limitless line-up changes, the current line-up - Ian Gillan, Roger Glover, Ian Paice, Steve Morse and Don Airey - continues to release ground-breaking, earth-shattering rock of the highest calibre. The latter-year Purple has moved progressively into new areas, piquing fans’ interest who were not born when the mighty Purple machine ruled the music world’s money trees. Their holy grail of ‘In Rock’ (1970) ‘Machine Head’ (1972) and ‘Made In Japan’ released in 1973 catapulted Deep Purple to the top in concert grosses and album sales around the world, with track ‘Smoke On The Water’ ascending to mega-status.

Classic 70s American stadium rock band whose seminal track 'Don't Fear The Reaper' is still a favourite in rock clubs around the world.