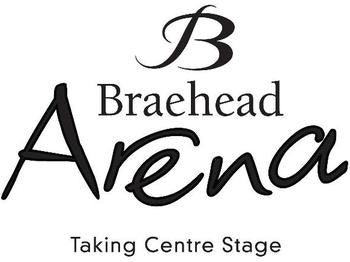 German dance guru with more than 3.5 million record sales in Europe behind him. Sash! stormed the charts in 1997 with Encore Une Fois, and has since had nine top 10 singles, three top 15 albums and has influenced many of the dance/pop crossover acts in the charts today. He also travels the globe DJing at some of the world's most famous nightclubs and celebrity parties from Ibiza to Japan, USA to Asia.

The purveyors of melodic techno-house in the nineties dance explosion, JX made the infectious dancefloor fillers and top 20 hits 'Son Of A Gun', 'You Belong To Me' and 'There's Nothing I Won't Do'.

The Danish Euro-dance star whose debut 'Saturday Night' was a massive hit across Europe during the Summer of 1994.

Chart-topping eurotrance DJ, Ian Van Dahl is without doubt one of the most successful dance acts to come to the world's attention.

Alice DJ (abbrieviated from their original spelling of Alice Deejay) is a project featuring three Dutch young DJs who have ended up selling over one million albums and 5 million singles worldwide. Their first album Who Needs Guitars Anyway? spawned 5 international hits including Better Off Alone which was a No.2 hit in the UK.

Samuel Bouriah, better known by his stage name, DJ Sammy is a Spanish DJ and producer. He has released five albums and has had five Top 10 hits with 'Heaven' reaching number one in the UK in 2002.

Comprising Mike Di Scala and Chris Henry, Ultrabeat have become one of the leading UK commercial dance artists alongside Cascada, Scooter, Basshunter and Darren Styles. Their first album in 2007 went gold and they have had a score of top 40 hits including Pretty Green Eyes, Feelin' Fine, Elysium, Better Than Life and the biggest track of summer 2008, Discolights.

N-trance were formed in 1990 by Kevin O' Toole & Dale Longworth, and were the creators of classic 90s dance tune 'Set You Free'.

A 'happy hardcore' DJ and producer from Belfast.