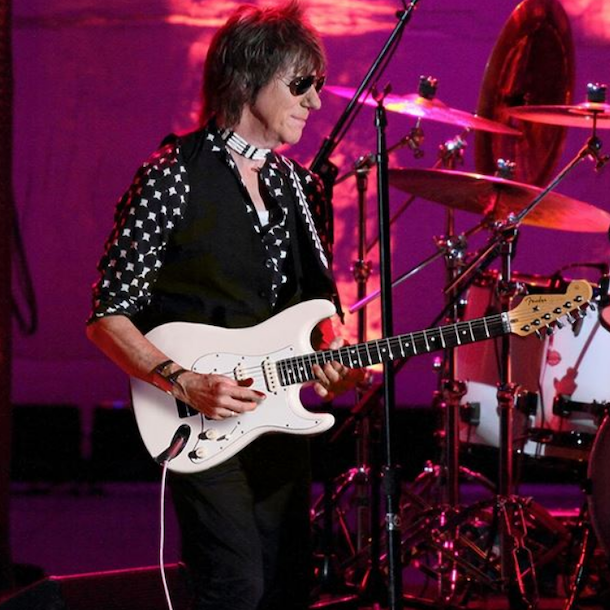 Legendary guitarist and two-time Rock & Roll Hall of Fame inductee Jeff Beck will be touring the UK in May & June 2022.

Having cultivated one of the most influential careers in rock history, Jeff Beck is universally acknowledged as one of the most talented and significant guitarists in the world, and has played alongside some of the greatest artists of rock, blues and jazz.

Over the course of his distinguished 50+ music career, he has earned an incredible eight Grammy Awards, been ranked by Rolling Stone as one of the “100 Greatest Guitarists of All Time,” and been inducted into the Rock & Roll Hall of Fame twice – once as a member of the Yardbirds and again as a solo artist. In the summer of 2016, the guitar virtuoso celebrated his 5 decades of music with an extraordinary concert at the famous Hollywood Bowl.

Guitar legend and innovator Jeff Beck has been bending the rules of guitar playing since he burst onto the scene with the Yardbirds in 1966. Although only a member of the band for eighteen months, he played guitar on almost all their biggest hits, and his unique playing style on songs like ‘Heart Full Of Soul’ and ‘Shapes Of Things’ undoubtedly helped to shape the psychedelic sound of the 60's. After leaving the Yardbirds at the height of their fame, Beck embarked on a journey of musical discovery and innovation. Nearly fifty years later he is still pushing forward, and not relying on technology to create sound. Instead he prefers to utilize his own manual dexterity to bend the traditional conception of guitar music.