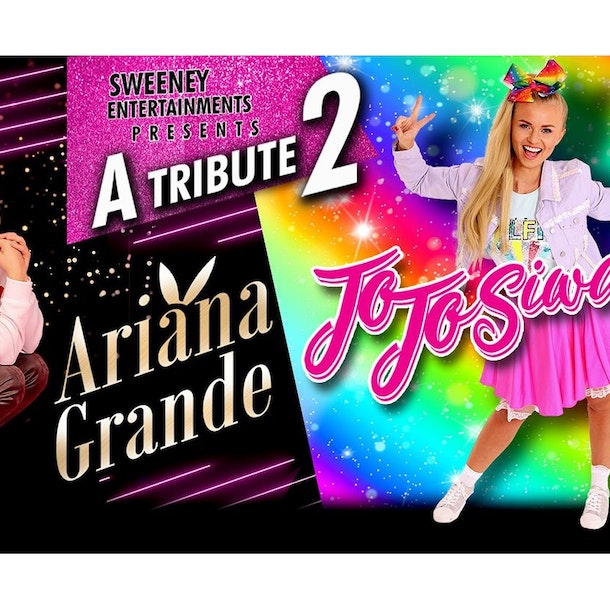 The UK’s number one tributes to global superstar Ariana Grande & kids’ sensation JoJo Siwa together in the most exciting new Pop production of the year! Ariana Grande Ariana’s music videos have been viewed a total of more than nine billion times online. Her accolades include three American Music Awards, three MTV Europe Music Awards, an MTV Video Music Award and four Grammy Award nominations. All three of her albums have been certified platinum. Her signature bunny ears are a symbol worldwide of her brand. With 134 million Instagram followers and huge hits such as ‘Dangerous Woman,’ ‘One Last Time,’ ‘No Tears Left To Cry,’ ‘Into You’ and ‘Side By Side,’ she is arguably one of the most influential female artists of the decade! Jojo Siwa With 8.5 million YouTube subscribers and 7.5 million Instagram followers, JoJo Siwa is THE biggest teen star of her generation. A role model to millions of young girls around the world; there’s just no stopping her! With six hit singles to her name including ‘Kid In A Candy Store,’ ‘Boomerang’ and ‘Hold The Drama,’ by the time she was 15, JoJo was always going to be a star! She loves to sing and dance and wear her signature bows! Bows that are now known globally and represent her fans called the 'Siwanatorz'. The next big adventure in JoJo’s already incredible career was her very first tour in 2019.