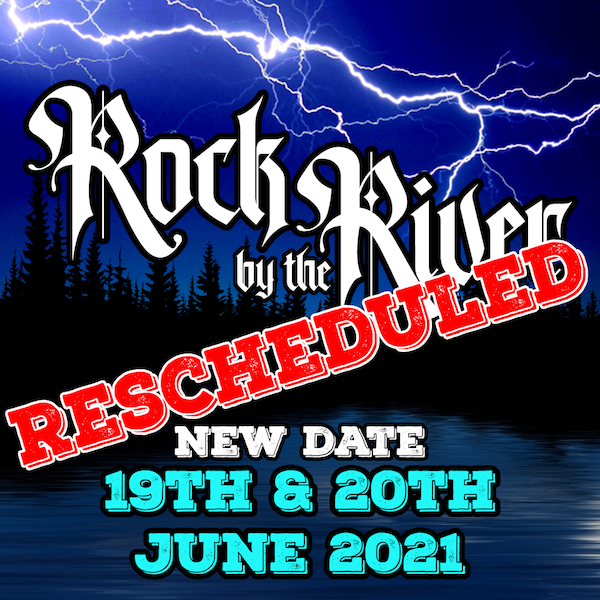 Rock By The River - Tribute Festival

at Whitebottom Farm, Stockport
View Tickets
Discover your top matches amongst the lineup via our Lineup finder

U2-2 are the world's longest running U2 show. Formed by current members under the name 'Achtung Baby' the band have perfomed over 2000 concerts, spanning three continents! Known as the best tribute to U2, with attention to sounds, equipment and stage presence, they are the real-deal. Hired as look-a-likes by Blackberry to promote The Curve, performed twice during the 2012 Olympics, gigged alongside U2, name-checked by Bono and featured on national TV. Past gigs include Dublin Point Depot (to over 7000) London Under the Stars (to over 7000) and Portugal Pacha's (to 5000 and 2500 following evening) 'We're flattered by what they're doing' - Bono 'Seen them a few times..they're the best' - Aaron Govern U2 staff 'The greatest U2 tribute in the world' - Suggs 'Amazeballs, you guys rock!' - Ciara Lawrence The Edge's cousin 'You only need Jo the soundman stood next to ya' - Keith Duffy Boyzone 'Amazing guys, I can't wait to see you again' - Winston Ellis Hollywood and TV actor 'You look more like them than they do' - Carol Decker T'Pau 'You guys saved me tonight, I said, look there's U2!' - Brian Robertson Thin Lizzy 'Great job!' - Jimmy Destri Blondie 'You guys have it all' - Rupert Black The Pretenders

The original tribute to Whitesnake. Formed in January 2005, Whitesnake UK play tribute to the very best of David Coverdale's Whitesnake, from the early classic ...Moody/Marsden line-up to the present day USA incarnation, faithfully reproducing classic songs such as "Fool For Your Loving", "Is This Love" and "Here I Go Again". With a combined musical experience of over 100 years Whitesnake UK can proudly boast of having some of the most accomplished personnel in any tribute band. If Carlsberg did tribute bands...

A tribute to Def Leppard.

You wanted the best? You got 'The Best'! Dressed To Kill, the world's longest-running tribute to Kiss, and since 1990 they've played throughout the UK, Europe, Scandinavia, and in Japan, replicating with scary accuracy the look & sound of a KISS show. A 2+ hour set of hits & rare classics, bloodspitting, firebreathing and massive pyro! "The world's top Kiss Tribute" - Kerrang! "Like Kiss, only better!" - Classic Rock

The Definitive Tribute to The Jam. A Band Called Malice has quickly taken the tribute world by storm in their quest to become the number one choice tribute-act to The Jam.The talented trio are the real deal and guarantee to take you back to ‘When You’re Young,” with an evening of single releases and album tracks from The Jams early Fire & Skill years, through to their very last release. As Jam fans themselves, A Band Called Malice will not disappoint and guarantee a show full of high octane energy, angst, aggression, passion and soul of their idols. See what people say about the band by checking out our reviews on our Facebook page or see the video footage for yourself... better still, come and check out one of our gigs and be sure to book yourself a place ‘In the Crowd!’

The Bryan Adams Experience is a celebration and tribute to the hit songs and enduring popularity of Bryan Adams. Formed in 1997, the 4 piece band are based in Yorkshire, England and replicate live performances that can only be surpassed by Bryan Adams himself and are recognised as the number one authentic tribute to BA. Touring has taken them to The Azores, Portugal, Cyprus, Spain, Germany, Bahrain, Belgium and Holland as well as continually playing all over the UK.

Live/Wire is The AC/DC Show. The unique six-man tribute to rock music's greatest band AC/DC, complete with cannons, a wall of Marshalls' and over two hours of High Voltage Rock 'n' Roll. The AC/DC story is over forty years in the making, with two specific eras and the band cover both of these as always with both 'Dave' Bon Scott and 'Podge' Brian Johnson present to take you on the Rock and Roll train for a night to remember. Originally fronting AC/DC was legendary front man Bon Scott, a wild man of rock and roll, whose untimely death shocked the World in 1980. This event came at a time when the Band were sampling global success for the first time. Dave delivers songs from the Band’s first half dozen albums from Dirty Deeds to Highway to Hell with Bon’s inimitable attitude, style and charisma. The thundering freight train of a rhythm section keep it all meticulously together with Dan as the metronomic Malcolm Young on Rhythm Guitar, Ed as Cliff Williams on Bass Guitar, and the Monster behind the Drums Daz as Phil Rudd and Chris Slade rolled into one. With the Rhythm section ‘locked in’ the freedom of the stage and the music is given to Simon as Angus Young who gives an uncanny performance with meticulous detail in appearance, energy and his note for note heartfelt renditions. Simon honed his craft over many years and is an absolute livewire during his two-hour Axe fettling duck-walking extravaganza of bedevilled Rock and Roll. The band aim to put you slap bang in the middle of the show with hit after hit, and you are expected to join in ! There’ll also be one or two gems thrown in for the aficionados! We’d be hung, drawn and quartered if we didn’t play all the classics and Back in Black, Rosie and Highway to hell are all there, and the songs keep on coming until the cannons fire ceremoniously to bring the evening to a superb crescendo. If by this time you are still standing…we salute you! Long Live AC/DC, Long Live Live/Wire.

Bon Giovi are the World’s Premier look-alike and sound alike tribute to the New Jersey rockers Bon Jovi. Formed in December of 1998, with over 19 years UK and International touring experience as a band and nearly 5 times that combined from individual members, this act is without compromise one of the best Tribute acts on the circuit today playing over 90+ shows each year Fronted by UK’s leading Bon Jovi impersonator Gary Williams, Bon Giovi were also the only UK tribute act to be asked to make a guest appearance on the New Jersey tribute album "Garden State Of Mind Vol. 1", A celebration of Bon Jovi musical career to date. Covering every aspect of Bon Jovi's extensive career, Bon Giovi perform all the greatest hits such as ‘Living On A Prayer’, It’s My Life, Wanted Dead or Alive, as well as many others from every album ever produced in one amazing stage show which include all these hits and more, not too mention performing rare tracks that even Bon Jovi haven’t performed for many years. So if you’re ready to ‘Runaway’ on ‘One Wild Night’ down that ‘Lost Highway’ for a taste of the some of the world’s greatest Stadium Anthems, then book Bon Giovi with confidence now! for the closest you’ll get to the Real Thing.

Dizzy Lizzy are the most dynamic rock n roll concept, experience in their field on the circuit today. Able to recite 70s Irish Rocker hero's 'Thin Lizzy' brilliance with an uncanny ease. Having played as far a field as Los Angeles to Dubai. Providing themselves with a genuine insight into their toppermost Worldwide status in terms of overall presentation, performance and delivery. 'These guys are the closest to playing my son's music' - Phillomena Lynott.

Celebrating 50 Years of Pink Floyd, UK Pink Floyd Experience recreate the sights and sounds of the legendary Pink Floyd band in concert. The band's set list is drawn from all of the iconic Pink Floyd band albums. Our Pink Floyd Show includes songs from Piper at the Gate of Dawn, Saucer Full of Secrets, Atom Heart Mother, Meddle, The Dark Side of the Moon, Wish You Were Here, Animals, The Wall and Division Bell are featured. Featuring top flight musicians our Pink Floyd Show uses quality sound and lighting, and just like at a real Pink Floyd band concert the songs are accompanied by Floydian projections on a large circular screen.

The Alter Eagles are an authentic six piece tribute to one of the world's finest and most famous rock bands 'The Eagles', playing all the classics including 'Hotel California', 'Desperado', 'Life In The Fast Lane' and even new material like 'How Long'.