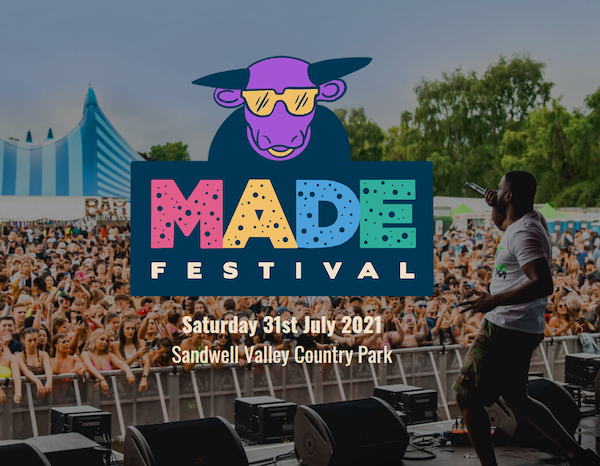 MADE Festival is a UK dance and urban music festival held each summer in Birmingham, showcasing an energetic lineup of house, D&B, grime and garage from afternoon till late.

Paying homage to the city's love of warehouse culture, MADE welcomes in a number of renowned brands to help curate its lineup, aiming to create a festival that channels the gritty, urban rave scene that the city loves.

Mike Skinner's project The Streets had an undeniable impact on the music scene, releasing 6 studio albums between 2002 and 2011. Debut album 'Original Pirate Material' was a brilliant blend of urban poetry, UK Garage, cut-up beats and a wicked sense of humour. Meanwhile follow-up 'A Grand Don't Come For Free' spawned the UK No.1 single 'Dry Your Eyes' and the album went multi-platinum around the world. The Streets played what was meant to be their last ever gig at The Big Reunion 2011 at Butlins in Skegness, performing a set celebrating a decade of their career. However they have reformed for a one-off reunion tour in 2018.