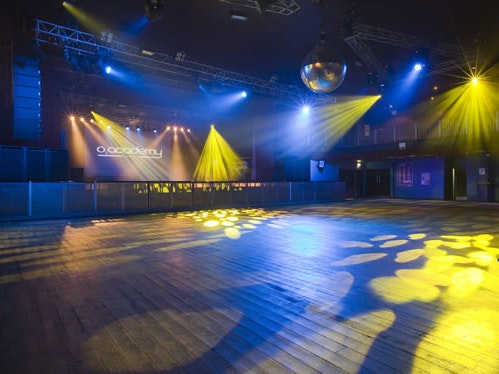 One of the original punksters from the summer of '77 - and are still angry after all these years!

Four piece alt rock/grunge inspired band from South Yorkshire, Hands Off Gretel, founded by Lauren Tate, are a force to be reckoned with. Inspired by the likes of Brody Dalle and Courtney Love, Lauren made it her mission to ensure strong, young women had a voice in today's music industry, presenting an alternative to mainstream pop stars singing about broken hearts. Lauren is a powerhouse of creativity; the band's frontwoman and songwriter, she also designs Hands Off Gretel's merchandise and is responsible for their videos, album artwork and photography. Hands Off Gretel have well and truly made their mark on the UK music scene winning fans in Shirley Manson, Linda Perry and Kate Nash.

Memorable 70s punk rockers and first ever Beggars Banquet signings, The Lurkers are remembered as 'The British Ramones' given their style reminiscent of American punk rock. Having dispersed along with punk rock itself by the end of the 80s, the group have never quite gone away, still recording and performing in the present day.

The Ramonas try to capture the magic which the Ramones had in their early days. The on stage energy level is intense to put it mildly. Unfortunately it will never be possible to see the Ramones live again so the Ramonas are the next best thing for any Ramones fan.

It's impossible to talk about ska music in the USA and not mention The Toasters. Ever since introducing their brand of 2-Tone influenced ska music to an unsuspecting American public in 1982, The Toasters have been on point of a movement that is now taking the country by storm -- even Billboard has dubbed The Toasters as 'ska pioneers'. (Moonska)