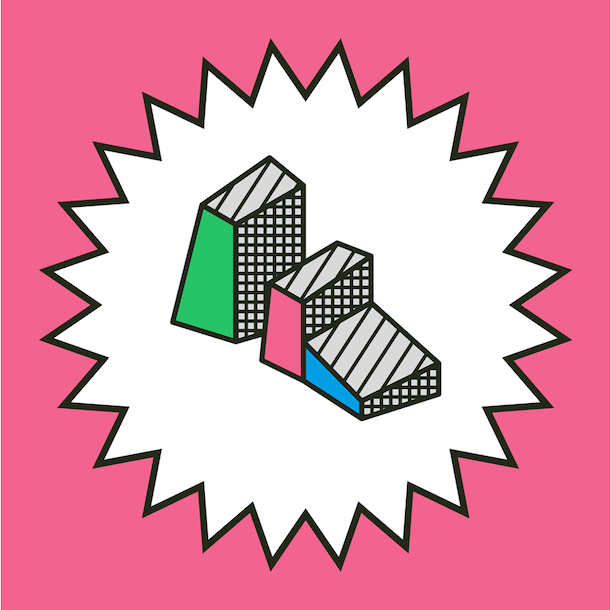 The event take place across four different venues: in the Victorian civic splendour of Birkenhead Town Hall; within the grounds of the 850-year-old Birkenhead Priory; at groundbreaking new arts space and mental health support hub Bloom Building; and the local scene cornerstone Gallagher’s.

Considered by some to be a female Nick Cave, scored for an imaginary Hitchock soundtrack, Anna Calvi's blend of dark atmospheric romantic pop saw her nominated for the Mercury Music Prize with her 2011 eponymous debut for the Domino label. Meanwhile her intense mesmerising live performances showcase her fiercely provocative and mastery electric guitar work, haunting vocals and hypnotic stage presence with striking torch songs. 2013 saw the release of her follow-up album 'One Breath', described by The Independent as “an LP that rumbles with lusty insistence, swoons with bliss, luxuriates in cinematic style and nudges Calvi’s emotive voice to fresh operatic heights.”

A soulful indie solo artist from London. At the age of 13 she was inspired to pick up a guitar by her Irish / Bajan / Turkish parents who are both artists, and took her influences from bands including The Stoke and The Libertines.

This Aussie singer-songwriter has been creating waves in the music industry with her songs about the hard-hitting topics of our times.

An electronic duo based in London. 'If you’re going to call your band audiobooks, you’d better get your stories straight. Evangeline Ling and David Wrench have great stories. Their songs are full of them - discombobulating observations over discomfiting oscillations. There are woozy fly-on-the-wall accounts of boozy art gallery openings and out of body journeys through the capital at night, all stretched out over stuttering, glitchy glam electronics. Managing to be spontaneous and playful yet fully focused, as if driven by some pagan design, audiobooks ride the sharp neon ley-lines that run between the north Wales coast and the grubby heart of after hours London. These songs are Pulp fictions by an inhuman league.'

A flamboyant glittery punk-pop band from Liverpool who formed in 2016, bringing much-needed pandemonium with their ferocious live shows. "Like that b**tard child of Johnny Rotten and Brian Molko, who had an affair with David Bowie, held hands with Kurt Cobain, flirted with Billy Corgan then copped off with Joan Jett"– Velvet Sheep

A thought-provoking singer/songwriter, Pixx questions conventions of all kinds with her shape-shifting music. From the folky beginnings of 2015's Fall In EP, she quickly moved to idiosyncratic electro-rock on later releases including 2019's Small Mercies. Born Hannah Rodgers, Pixx hails from Chipstead, a town just outside of South London. Growing up, her talent was encouraged, and after going to Catholic school for most of her studies, she attended the performing arts college The BRIT School for two years. Taking inspiration from Bob Dylan, Joni Mitchell, and Aphex Twin (and adopting her grandmother's nickname for her moniker) Pixx worked with co-producer Simon Byrt for her folktronica-tinged debut EP, Fall In, which arrived in August 2015. For her 2017 debut album, The Age of Anxiety (which took its name from W.H. Auden's final poem), she reunited with Byrt on a set of darker electro-pop songs inspired by the era's turbulent times.

Forest Swords is one producer, Matthew Barnes, from The Wirral. A unique blend of jagged hip-hop and RnB beats, looping guitar lines and manipulated samples, his evocative and emotional music reflects the sprawling Wirral landscape of river, coastland and woodland with all the haunting melodies of nearby city Liverpool’s enviable pop history.

Hailing from across Canada and the UK, Montreal’s Pottery consists of core writers Austin Boylan and Jacob Shepansky, along with Peter Baylis, Paul Jacobs, and Tom Gould. Initially bonding over artists such as Orange Juice, Josef K and Devo, the band creates a sound that combines eclectic traces of post-punk, pop, and dance music, forming an unusual atmosphere that envelopes audiences. While often shrill and jarring, Pottery’s songs simultaneously engage listeners into a hypnotic state. It’s this dualism that binds them together, uncovering harmony within discord.

London 6-piece who take their influences from post-hardcore outfits like Shellac, the experimental rock of Oxbow, the brass meets prog-punk of Cardiacs and Georgia the violinist's experiences in Klezmer groups. All this topped off by vocalist Isaac Wood sounding like Steve Albini meets Jarvis Cocker.

Charles Watson is a member of Slow Club and garage-punk sorts The Surfing Magazines, who has now settled down to focus on something a little different with his solo project. Grappling with his solo identity, Charles overlaps layers of vocal cuts, producing something grand, disorienting, and rather personal.

Amaroun is the latest project of multi-talented producer and songwriter Jay Brown, existing at the sonic crossroads where Erykah Badu, PJ Harvey and Feist meet.

Willie J Healey operates within his own lane. This is a musician who can write about any topic that grabs his attention: from wry observationals and the innocence of young love, through to gothic visitations from the devil and alien abductions. He’s unconstrained by genre, moving at will between scrappy garage-rock, evocative Americana and sumptuous psychedelia. And it's all his own work, the product of obsessively writing song after song in his studio/garage/bedroom.

Trudy will leave you love drunk and weeping into your whiskey. With Hollywood-tinged melodies and raucous guitar, they spit grit in the teeth of a Colgate grin. Trudy are a comfy mix of Doo-Wop, 60s girl groups, The Beach Boys, The Strokes and Jonathan Richman.

'Sexistential slow-boy dream-funk, with elements of devotional and pious massages', replies Brad when asked to describe his music.

Dry Cleaning are a 4-piece from South London channeling post-punk and new wave pop with a side order of low slung Americana. The create mostly spoken lyrics to a bed of crunching guitars, sounding like a female-fronted version of The Fall and hints of the mid-90s band Linoleum.

Making vicious, emotionally mature art rock that’s as deeply layered as it is visceral, they’re a band as likely to break your heart on record as they are to tear your face off live, with frontman Peter Harrison’s nuanced songwriting and impressive vocal range possessing an emotional depth seldom found in such a young artist. A band of weird-rock misfits are equally at home delivering tight, staccato grooves as they are expansive hip-shaking choruses, with rhythm section Bex Denton and Jack Sanders providing the perfect foundation for Harrison’s freaky guitar colourations and his intensely passionate, crystal-clear voice. Pin-balling erratically from hellbent rock to masterfully adept emotive soundscapes, theirs is a sonic arsenal littered with diversity, be it tender balladry, lurching epics, or out-and-out primal anger.

Ani Glass is the persona of Cardiff-based electronic pop musician, producer, artist and photographer and has been a member of The Pipettes, The Lovely Wars and Genie Queen.