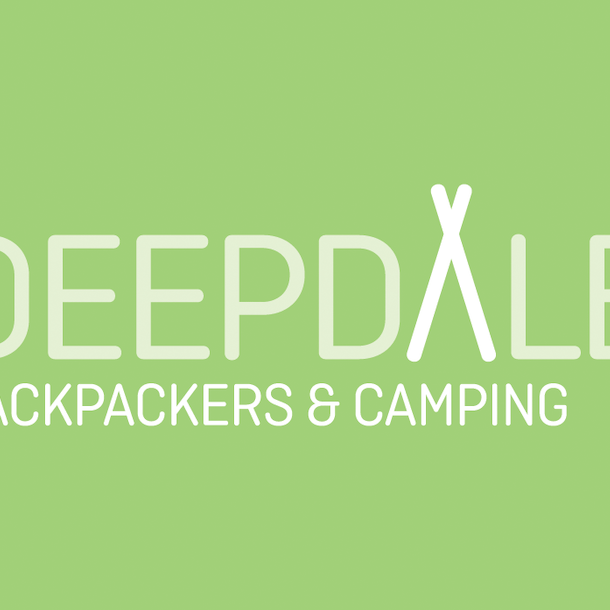 After the success of the 2017 Deepdale Festival, we'll host our second annual music festival at Deepdale Backpackers & Camping over the last weekend of September 2018.

Alton is a singer songwriter from Suffolk who uses a unique blend of his folk/indie style to capture and enthral audiences with his songs and stories. With over 7 years experience of playing at venues across the country, his sound has been described as 'A soulful yet punchy blend of raw acoustic music'. Many of Alton's songs have been inspired by the tales he has been told by a vast array of individuals he has met whilst travelling the country as a street performer. His live shows have the tendancy to make the audience laugh, cry, be deathly silent and then sing at the tops of thier voices, all in the space of one gig!

'Norwich based folk / Americana trio Alden, Patterson and Dashwood weave rich vocal harmonies, fiddle, dobro, guitar and mandolin around beautifully written original songs and melodies. The independently-released debut album ‘Call Me Home’ was written and produced at home in Norwich and is lovingly presented in attractive handmade covers, designed and hand-printed by the band. Their music takes influence from folk traditions from both sides of the Atlantic with uplifting instrumentals and self-penned songs depicting tales of young travellers, sleepy seas and their affection for home.'

Nic Zuppardi and Adam Clark join forces as Clark & Zuppardi, blending original compositions infused with a passion for foot-stomping bluegrass and old time music with traditional songs and tunes. Seasoned instrumentalists they have developed their own unique sound with tenor guitar, mandolin, Clawhammer Banjo, and guitar.  Nic performs with BBC-folk award nominee Dan Walsh, and is a third of the Georgia Shackleton Trio. Adam is one half of Nobodaddy, and has worked with a range of artists from Mobo award-winner Zara McFarlane to West African ‘Griot’ Sefo Kanuteh.

Sam Coe & The Long Shadows are at the forefront of the new UK Country Music revival, playing honest country songs with just a touch of Pop. Drawing influence from the likes of the Dixie Chicks and Kacey Musgraves, they’ve received rave reviews from the likes of BBC Introducing.

They sing and play a wide variety of fishing and maritime songs, some popular favourites and some which may be new to you. They hail from Norfolk but have performed in the USA and across Europe.

Lisa Redford has been heralded by legendary BBC Radio 2 Bob Harris as “one of our finest singer/songwriters”, and earned worldwide acclaim for her heartfelt Americana tinged music with memorable melodies and stunning vocals. She has also performed with, and opened for many respected international artists within the worlds of country, folk and Americana, performed at prestigious festivals such as C2C Country to Country at London’s O2 two years running, Red Rooster, Sound & Vision, Greenbelt, Weyfest, Folk East, Latitude and Ipswich Music Day.

Originally from Sweden, Christian now lives in New York and is respected as one of the premier techno DJs and producers in the world.

The Shackleton Trio (formerly The Georgia Shackleton Trio) combine vocals, fiddle, guitar and mandolin to play a blend of old time, bluegrass and self penned material. After studying the highly acclaimed folk and traditional music degree in Newcastle, Georgia has performed in various line ups with an eclectic mix of fantastic musicians. This trio sees her playing alongside Aaren Bennett and Nic Zuppardi on the guitar and mandolin, both seasoned instrumentalists who have played across Europe.

Punchy, to the point grunge rock band. Influences from The Subways and Paramore.

Hailing from the badlands of East Anglia and mixing country, blues, swing and rock n roll, The Vagaband are far more than the sum of their very considerable parts. A blistering 8-piece band who serve up traditional roots music with an up to the minute feel, The Vagaband have wowed audiences across the country over the last couple of years rocking tents and stages at festivals including Glastonbury, Secret Garden Party and Bestival. Ever soulful, their unique blend of toe-tapping country blues is flavoured with a dash of jazz, a hint of ska and healthy spoonful of hand clapping, foot stomping musical mayhem. Among the instruments they play are fiddle, mandolin, pedal steel guitar, sax, trumpet, banjo, squeezebox and piano all built around players who between them have over 50 years experience on the road. Combining strong original compositions with crowd pleasing classics, The Vagaband never fail to deliver – it’s all killer no filler!

The Thinking Men are described as “Gritty and seductive bluesy rock”, while their live performance reverberates with infectious, foot stomping anthems that serve to woo and entice the audience. The Thinking Men have carved out somewhat of a unique sound, harking back to the swinging 60’s, but with a contemporary, modern feel. Their music is built upon the hooks and melodies that make songs memorable. Channelling inspiration from the likes of Tom Waits, Nick Cave, The Doors and Jack White, The Thinking Men attempt to create something entirely new and original yet with an accessible and familiar feel to complement their eccentric, unpredictable and theatrical live performances.