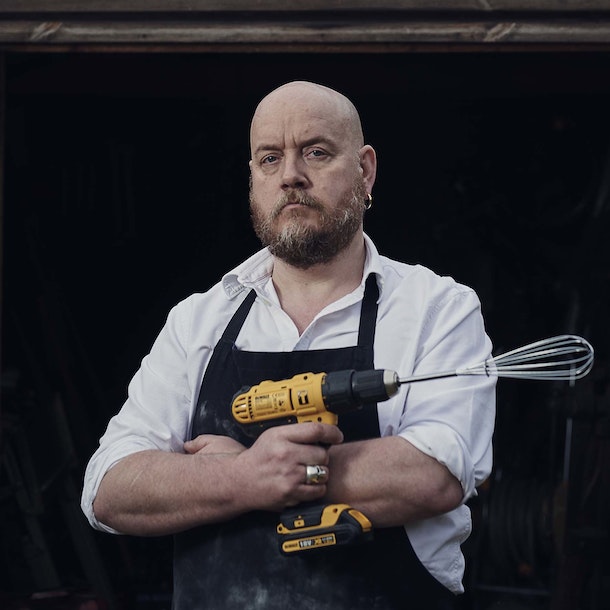 Supplied by TicketWeb. Customers with disabilities please call 01392 667 060 to book.

Direct from the Edinburgh Fringe 2019 comes a band new comedy-and-cooking show for 2020 from the award-winning stand-up who makes real gourmet food live on stage.

In his first show, Anarchist Cook, George made a meal in a hotel room with the complimentary appliances. In his second, DIY Chef, he was stuck in a shed cooking with tools. In this show he’s on the road! It’s time for Planes, Trains and Automob-meals (sorry).

During an evening of live cooking and laugh-out-loud comedy about making food on the move George demonstrates ways to procure items from the train buffet trolley, beat the rip-off restaurant prices at the airport and even shows you how to turn unexpected road-works into a picnic. It’s cheeky, anarchic and creative, a multisensory show rich in humour and sprinkled with handy hacks. Real gourmet food cooked live in the most unconventional ways and with the opportunity to taste the results at the end, provided you can stop laughing.

This show was rescheduled from 2nd July 2020.