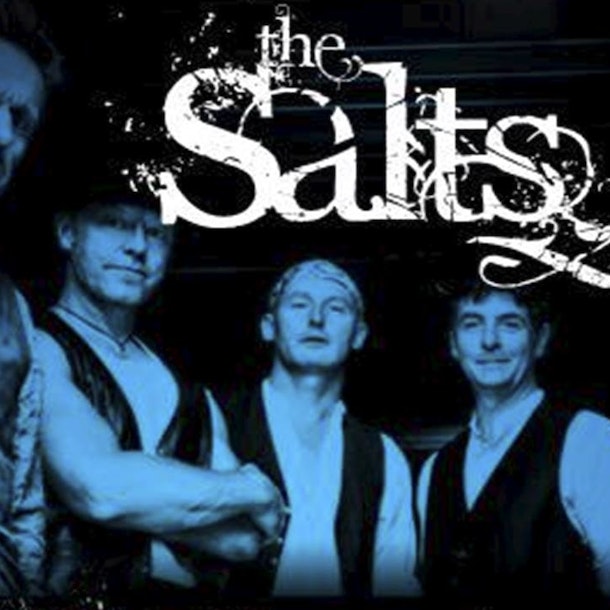 The Salts who are one of the most exciting and energetic concepts around performing original material alongside their own interpretations of traditional Sea Shanties we all know and love.

Their live shows have been going down a storm throughout the UK at festivals and venues alike, recent performances include the Great British Folk Festival, Folk in a Field Festival, Weyfest, Tall Ships Festival Greenwich, The Pirate Festival Brixham, Wilton’s Music Hall, Crawley Folk Festival and many more.

The band feature five seasoned musicians collectively performing a mixture of instruments as well as great harmonies and are guaranteed to get the crowd singing and dancing along.

The Salts are made up of seasoned musicians who play a mesmerising mix of full speed, foot-stomping traditional and original shanties. Doing for shanties what the Pogues did for folk, they create one of the most exciting and energetic folk concepts of recent times. Fronted by twice BBC Young Folk Finalist Lee Collinson, they fire a mighty yet respectful broadside at the traditional, with banjo, mandolin, guitars, double bass and percussion to the fore. The Salts album "She Rises" is available from Amazon and i-Tunes.