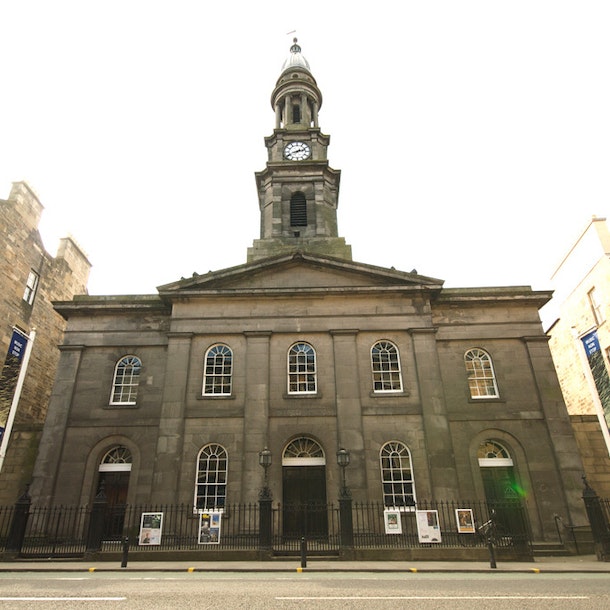 at The Queen's Hall, Edinburgh
Passed

Featuring special live performances from previous nominees, ‘Live at the Longlist’ celebrates the strength and diversity of Scotland’s musical output with the exclusive announcement of the twenty outstanding albums that will make up the Scottish Album of the Year (SAY) Award Longlist for 2019.

Hosted by Vic Galloway and Nicola Meighan, 2019’s event will see live performances from C Duncan and Kobi Onyame, as well as an exclusive collaboration between Modern Studies and Rod Jones (Idlewild). Tallah Brash (The Skinny) will also be DJing throughout the night, with the event raising funds for Help Musicians Scotland; The SAY Award’s charity partner for 2019.

Glasgow’s C Duncan, is the son of two classical musicians. Surrounded by music throughout his childhood, Christopher initially took up piano and viola. His teens led him to school bands, learning to play guitar, bass and drums, but did little to quell his fascination with the composition and performance of classical music. He eventually enrolled in Royal Scottish Academy of Music and Drama to study music composition, where his pieces were performed by various ensembles across the UK. To hear C Duncan’s music now is to grasp those two common threads between his interests in classical and modern music. The pieces that made up his 2015 Mercury Music Prize nominated debut LP 'Architect' were formed from lush choral harmonies and acoustic instrumentation, textured like contemporary dreampop and all recorded at home in Glasgow on his bedroom studio setup, gradually built up one layer and one instrument at a time. His 2016 follow-up 'The Midnight Sun' continued in a similar vein but with progression. The results of this methodical and isolationist recording process give us charming lo-fi folk with the harmonic width of choral composition, the sweetness of barbershop and the rough eloquence that has so readily soundtracked Glasgow over the past decades.

Modern Studies are a chamber pop band from Glasgow-via-Yorkshire. Their quietly experimental landscape songs are played on analogue synths, cello, double bass, drums, guitars, a wine-glass orchestra and, at the creaking centre of things, a Victorian pedal harmonium.