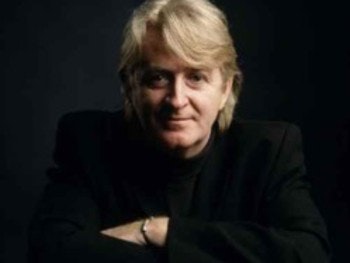 at The Queen's Hall, Edinburgh
Passed

For two nights only, Phil will be joined by regular collaborators Eddi Reader, Karen Matheson, John McCusker, Kris Drever, Ian Carr, Kevin McGuire and the Songbook Brass Ensemble to lead you through a great fun night of festive music.

Oil your vocal chords and bring the family!

Karen Matheson has captivated audiences around the world and sold over a million records as the lead singer of the best-selling, internationally-renowned Celtic supergroup Capercaillie. Performing here as a solo artist, she has released three albums incorporating traditional and contemporary songs in English and Gaelic.

John McCusker is one of Scotland's foremost traditional musicians; winner of the BBC Radio Folk Musician of the Year in 2003. John McCusker started playing the fiddle at the age of seven, joined The Battlefield Band at 17, and has also worked as a producer for Eliza Carthy and Kate Rusby.

One of Scotland's finest singer / guitarists and via his work with Kate Rusby, Karine Polwart, John McCusker and Eddie Reader he has already impressed audiences across the world!

Born in Glasgow, Kevin McGuire may be Scotland's answer to the Country music wave currently sweeping the UK. Beginning his career at the age of 17, Kevin quickly went on to perform in top venues including King Tuts, the o2 Academy, ABC and The Glasgow Royal Concert Hall. Over the last few years, Kevin has managed to build up a following across parts of the UK from supporting artists ranging from the likes of Union J to Deacon Blue. Perhaps this says a lot about Kevin's music, appealing to many age-groups and styles.