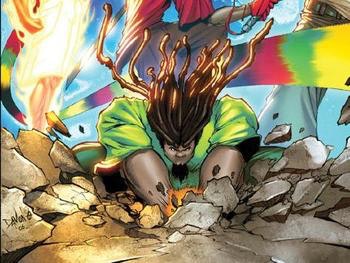 Kora are Laughton Kora on vocals, Francis Kora on bass and vocals, Stuart Kora on guitar and vocals, Brad Kora on drums and Dan McGruer on keys. The most exciting new band from New Zealand bar none, their spectacular live act fuses roots, soul, funk and metal, and has already created havoc down under.

The Tivoli received critical acclaim for their debut album 'National Service' and the follow up, offshoot 'National Service Rewind', in which the self-elected Richard H. Kirk took the reins. Their live CV boasts sold out shows across the UK, including tour slots with Kiwi music gods 'KORA'. Most recently, the Windmills Project have tapped into the Bands's legacy. After a self imposed exile of 3 years the band are returning to the fray with their new project 'Council To The Crown'.