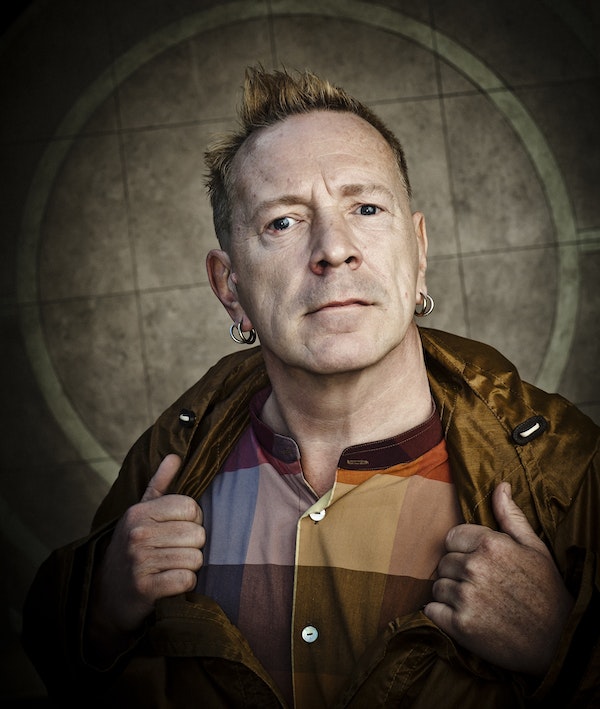 Legend and icon John Lydon will talk about how he sees life, along with his unique and extraordinary career, during a one-off 54-date UK tour. The shows in autumn 2020 will coincide with the publication of his new book, ‘I Could Be Wrong, I Could Be Right’ and will visit all parts of England, Scotland and Wales.

Lydon will reflect on the Sex Pistols, Public Image Limited (PiL), his art and his life’s story during informal evenings of conversation and audience questions. The tour will start in September 2020 and end in November 2020 and tickets go on sale on Friday November 1. A limited number of pre-release tickets for fans are available from Monday October 28. VIP meet & greet packages will also be available.

Signed limited edition copies of his forthcoming book ‘I Could Be Wrong, I Could Be Right’, written especially for this tour, will be available at venues - only 5,000 numbered copies will be printed.

An icon, a revolutionary and an immortal, as the frontman and lyricist of the Sex Pistols, Johnny Rotten changed the face of music and sparked a cultural revolution. He caused an earthquake which transformed music for good. During his remarkable years in Public Image Ltd he consistently pushed back the boundaries and still continues to challenge and thrive.

As a writer, Lydon has written two best-selling volumes of memoir: the excoriating ‘Rotten: No Irish, No Blacks, No Dogs’ and the ridiculously entertaining and uncompromising ‘Anger Is An Energy: My Life Uncensored’.

Now he is embarking on his first spoken word tour, where fans will get to hear his stories up-close and personal.

This show was rescheduled from 28th October 2020.

John Joseph Lydon, also known by his former stage name Johnny Rotten, is an English singer-songwriter, television presenter and painter, best known as the lead singer of punk rock band the Sex Pistols from 1975 until 1978, and again for various revivals during the 1990s and 2000s. He is the lead singer of the post-punk band Public Image Ltd (PiL), which he founded and fronted from 1978 until 1993, and again since 2009. Prior to that, he made a surprise move appearing on ITV's I'm a Celebrity...Get Me Out of Here! in 2004. Throughout his life, Lydon has made controversial or dismissive comments about the British Royal Family and other subjects. Perhaps his most anarchic career move though was fronting a series of Country Life butter TV commercials!