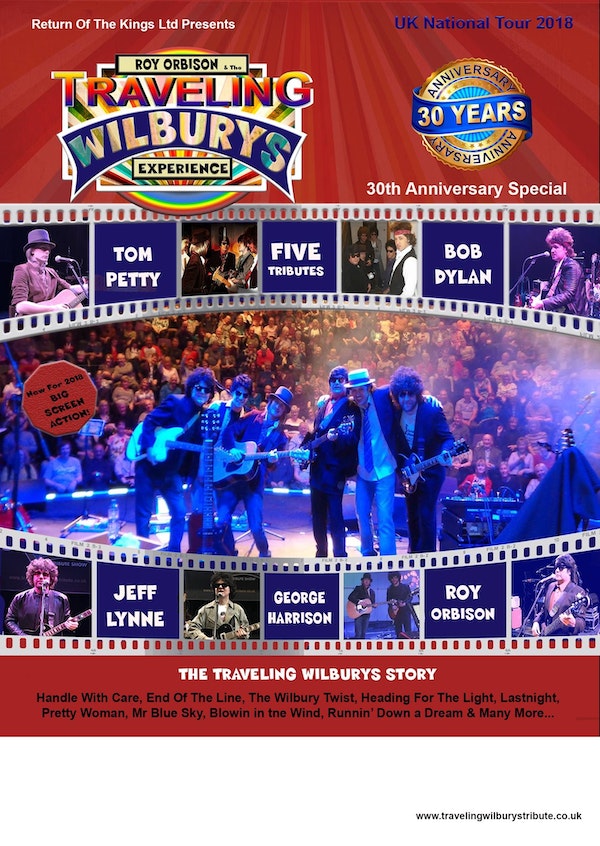 "Roy Orbison And The Traveling Wilburys Tribute Show" - a fantastic night of entertainment paying homage to the legendary 1980s Supergroup. Five top class tributes in one spectacular show - George Harrison, Bob Dylan, Roy Orbison, Jeff Lynne & Tom Petty. Six-piece pop/rock band, two one-hour sets. Totally live, totally unique. The five musicians all dressed up and in character but they are the band plus a drummer. So it is a six piece band including the five characters.