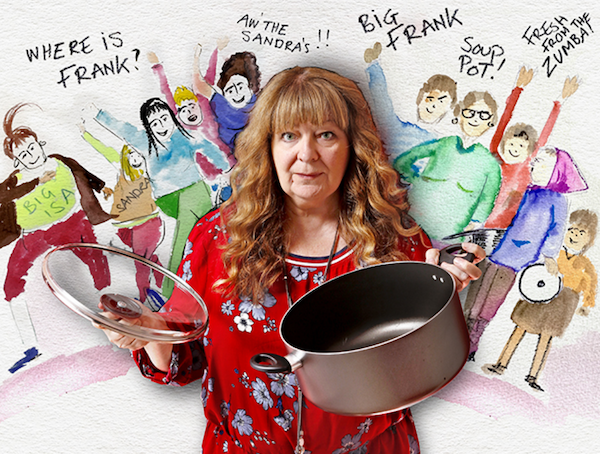 at The Core at Corby Cube
View Tickets

Janey Godley and her soup pot are coming back to Corby in 2021!

Prepare for hilarious patter from Big Tereeza in Torremolinos, Boris and his bawjaws and, of course, Nicola.

Hot from her recent appearance’s on BBC’s ‘Have I Got News for You’ and BBC Scotland’s ‘Breaking the News’, Janey is excited to return to Corby with this hilarious show.

With over 40 million hits online and regular sold out shows at Edinburgh and Glasgow Comedy Festivals, book early to avoid disappointment.

This show was rescheduled from April 2021.