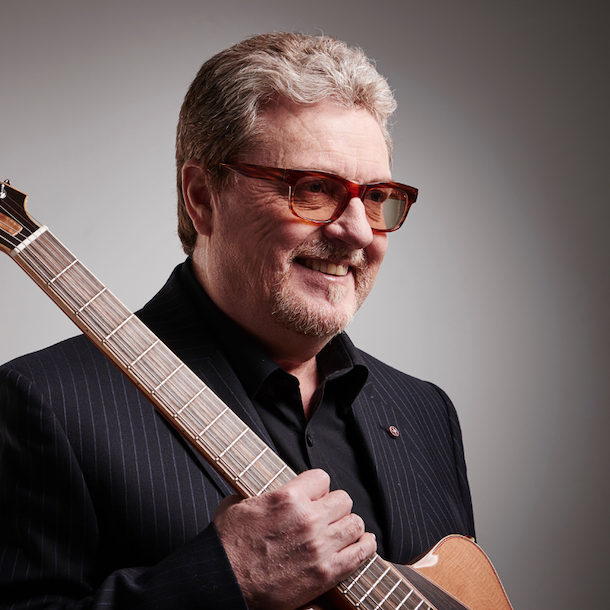 This show has been rescheduled to 5th October 2021.

Multi award-winning virtuoso guitarist, and Britain's best-selling jazz recording artist. His dazzling technique enables him to play a wide range of styles from Django-esque single note runs to pianistic, chord-and-bass line solos. He describes himself as a guitarist who plays jazz rather than a jazz musician whose chosen instrument is the guitar.

Widely acknowledged as one of the finest acoustic and slide guitar players in the world, Martin Simpson's interpretations of traditional songs are masterpieces of storytelling. His solo shows are intense, eclectic, spellbinding and deeply moving. His own song writing has produced some real gems, from the truck-stop epic Love Never Dies, to the profoundly moving Never Any Good. His career includes collaborations on stage and record with June Tabor, Kelly Joe Phelps, Jackson Browne, Danú, Martin Carthy, Cara Dillon and many more. Simpson is a very regular nominee in the BBC Folk Awards and received Musician of the Year in 2002 and 2005.