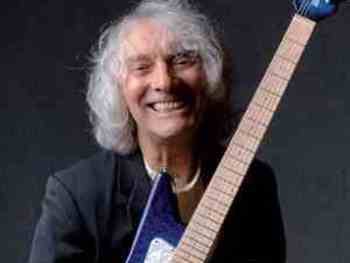 Albert Lee, by common consent one of the world's finest guitar-players, needs no introduction to Country Music & Rock fans. He has worked with some of the world's top artists, from Emmylou Harris to the Everly Brothers, Dolly Parton to Eric Clapton.

In November 2002, at Eric's request, Albert appeared at the star-studded Memorial Concert for George Harrison at London's Albert Hall, and was featured alongside Sheryl Crow, Vince Gill and Eric Clapton at Eric's 2007, 2010 and 2013 Crossroads guitar festivals. He is also a member of Bill Wyman's Rhythm Kings, and fronted the band at the O2 arena on the night of the Led Zeppelin reunion concert. Albert is a double Grammy award winning musician, whose talents continue to be in demand by fellow performers the world throughout.

Albert Lee's impeccable country music and rock pedigree stretches back over more than 40 years. He has performed with many of the greats in country and rock, including Joe Cocker, Emmylou Harris, Eric Clapton and the Everly Brothers. As well as being a top guitarist, he is also a red hot piano player and a pretty good singer too. His new band (well, they've been together for 15 years!) comprises some of the best known rock 'n' roll and country players in Britain. They won a Grammy Award in 2002.