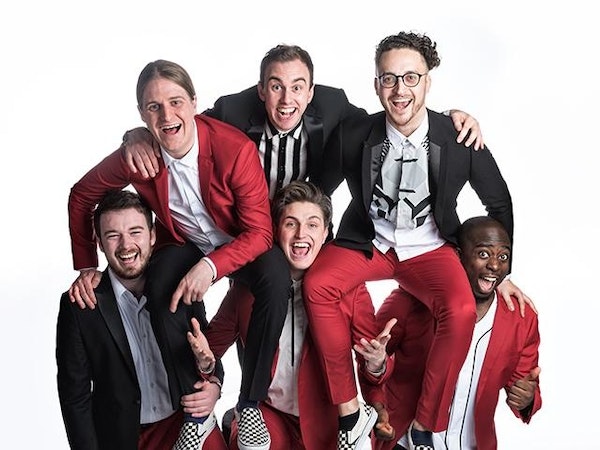 The Sons Of Pitches

The Sons Of Pitches

The Sons of Pitches are a multi-award winning British vocal group combining soaring solos, impeccable harmonies and sensational beatboxing to stunning effect. In 2015, they became the first winners of BBC2’s The Naked Choir hosted by Gareth Malone. With over two million YouTube hits and a growing international reputation, The Sons, have 'given a cappella a kick up the backside'. Since their formation in 2010, the group have captivated audiences with highly creative vocal gymnastics and a programme of inventive pop covers, original numbers and entertaining improvised songs.