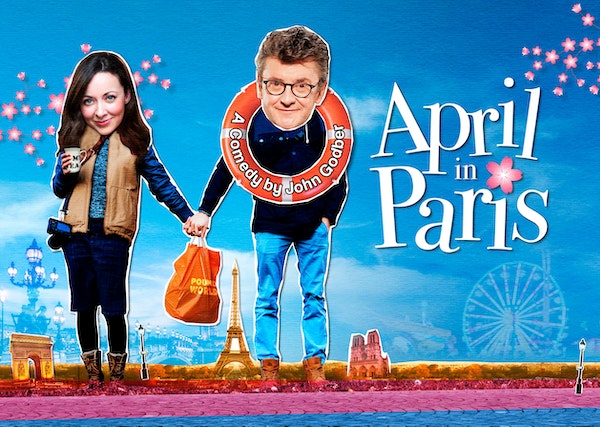 In John Godber’s touching and hilarious classic, we go into the heart of one ordinary couple’s life as they go on both the journey of a lifetime and a journey into their relationship. Starring the brilliant Joe Pasquale as Al and the amazing Sarah Earnshaw as Bet, we follow this loveable couple every inch of the way and learn that sometimes it takes a trip away to make you realise where the heart is. Al and Bet are in a rut. Married for twenty-six years, their conversations are running dry and life has taken its toll. With his building work sparse and her shifts at the shoe shop getting few and far between there’s little to look forward to, apart from a possible Abba tribute show in Wakefield and the odd trip to the pub. But Bet has dreams. She longs to walk with the Pharaohs in Egypt, sunbathe on golden beaches and climb Alpine mountains, all fuelled by her love of magazine competitions with holidays as prizes. Finally, after years of Bella, Chat and Woman’s Own, her luck changes; she wins a night away for two to Paris in April, via a luxury trip on P&O Ferries, out of Hull. Will this enlightening trip to the most romantic city in the world revive and reconnect this lost couple? Will they be able to navigate Le Metro, Le Menu and each other? Or are they emotionally carrying more than just their new BHS baggage?