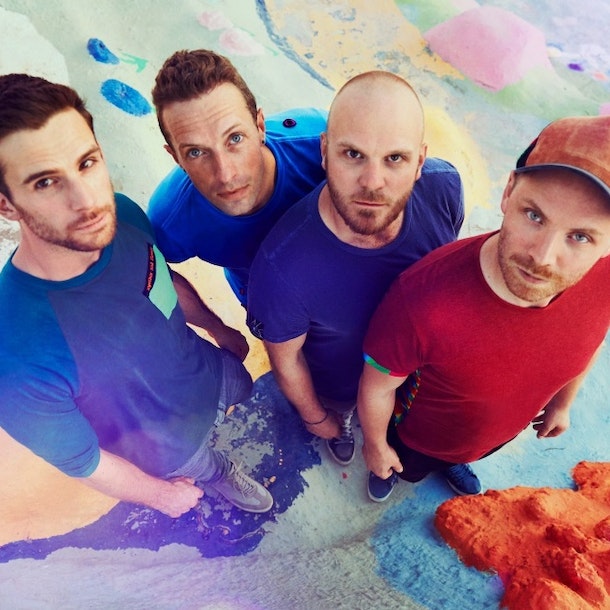 A Head Full Of Dreams Tour

Coldplay have announced the first 2017 shows of the A Head Full Of Dreams Tour including dates in Dublin on 8th July and Cardiff on 11th July.

Since March of this year, the A Head Full Of Dreams Tour has played to 2.5 million people across Latin America, the US and Europe, including four sold-out nights at London’s Wembley Stadium. The show was created by the band alongside celebrated production designers Misty Buckley and Paul Normandale. The tour reaches Australia and New Zealand in December.

A Head Full Of Dreams has sold more than 4 million copies since its December 2015 release, spawning the hit singles Adventure Of A Lifetime, Hymn For The Weekend and Up&Up, with over a billion YouTube video views between them. A fourth single, the album’s title track, has just been released. Last week, the band were nominated for four awards at this year’s MTV EMAs, including Best Live Act.

Please adhere to published ticket limits. Persons who exceed the ticket limit may have any or all of their order(s) and tickets cancelled without prior notice. This includes: orders associated with the same name, e-mail address, billing address, credit card number or other information.

The rock superstars with the melodic tunes who have had a meteoric and well deserved rise to the top since the release of 'Parachutes' in 2000, winning countless awards along the way. Coldplay have left a massive impression on the UK's rock scene and have admirably used their fame to raise the profile of various charity campaigns including Oxfam's Make Trade Fair and Amnesty International.