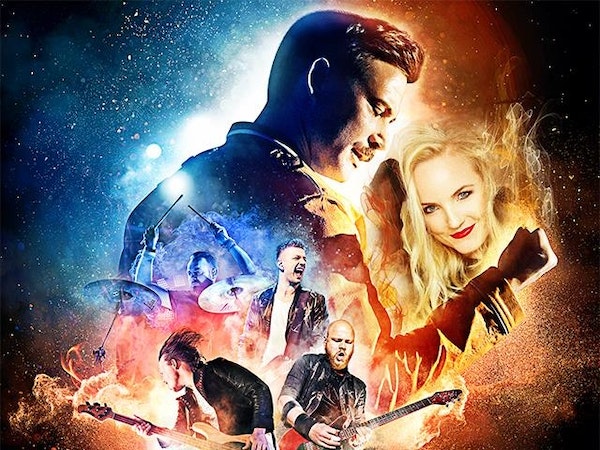 The music of the rock legends celebrated like never before.

Bringing together the London Symphonic Rock Orchestra with the powerhouse performances of Kerry Ellis and Queen Machine, relive the iconic hits of Queen including, We Will Rock You, Killer Queen, Somebody To Love, Barcelona and, of course, Bohemian Rhapsody.

Featuring the UK’s leading lady of musical theatre Kerry Ellis, who originated the role of Meat, in Queen musical We Will Rock You. Since then, she’s forged a long-standing musical relationship and friendship with Queen guitarist Brian May, who produced her debut album Anthems, before touring together.

The show promises to create a truly sensational celebration of one of the most iconic bands in musical history.

Queen Machine are the go-to tribute band for the Official International Queen Fan Club and are one of the most popular bands in their native Denmark and neighbouring Scandinavian countries where they repeatedly sell out shows.

Since forming in 2018, the London Symphonic Rock Orchestra have recorded for Sir Cliff Richard’s Rise Up album and performed live with the Trevor Horn Band on Trevor Horn Reimagines The 80s at the Southbank Centre.

Kerry is recognised as the leading lady of West End and Broadway musicals, with a number of starring roles in London, New York, and around the world. She has achieved chart-topping success as a recording artist signed to Universal Decca with her debut album Anthems. Kerry is best known for her roles including the original ‘Meat’ in Queen and Ben Elton’s musical, We Will Rock You; the first British actress to play Elphaba in Wicked in the West End as well as on Broadway; and Ellen in Miss Saigon. Other leading role credits include Grizabella in Cats at the London Palladium, for whichKerry won a What’s on Stage Award; Nancy in Oliver! Fantine in Les Misérables, and most recently, Sara in the European premier of Murder Ballad in London’s West End. Her chart-topping debut album ‘Anthems’ was produced by Brian May and gave the partnership their first taste of chart success, also collaborating on Kerry’s first major CD Wicked in Rock. This partnership triggered a highly successful touring career.

The Friars
Canterbury
CT1 2AS