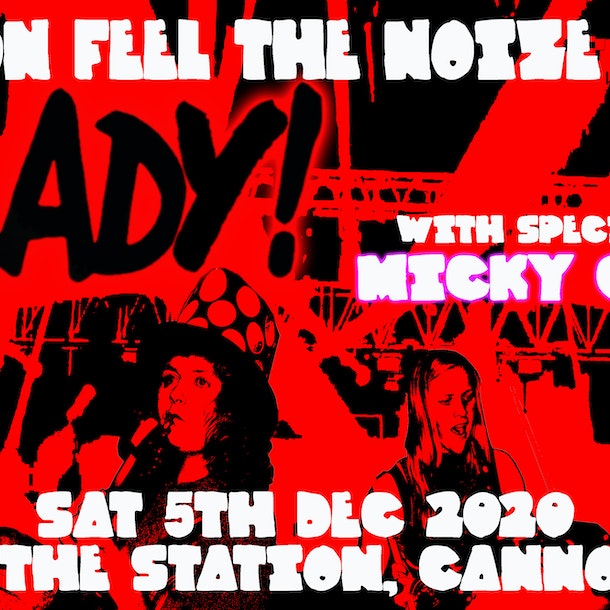 at The Station, Cannock

The World's only all female Slade tribute band head to Slade territory, to raise the roof and stamp their boots!
This show has now been rescheduled for 2021. All tickets sold are valid for the July 2021 show.

The world's only all female tribute act to legendary 1970's Glam Rock group Slade. Slady have been packing venues out since their debut at the beginning of 2019, and future gigs are already rolling in for 2020. After seeing Slady at the Official Slade Convention, Slade drummer, Don Powell called them "Fantastic!" The SLADY set-list is ever changing and ever being added to... Songs performed include: Take Me Bak 'Ome, Cum On Feel The Noize, Look Wot You Dun, Skweeze Me Pleeze Me, Coz I Luv You, Mama Weer All Crazee Now, The Whole World's Going Crazee, The Bangin' Man, Just Want A Little Bit, Don't Blame Me, When The Lights Are Out, Everyday, Get Down And Get With It. Gobby Holder - Lead Vocals and guitar Davina Hill - Lead guitar & backing vocals Jem Lea - Bass & backing vocals Donna Powell - Drums