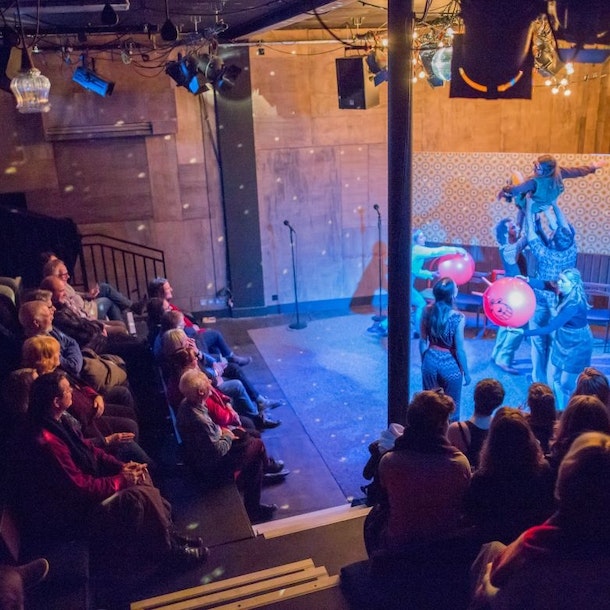 Elizabeth I - Virgin On The Ridiculous

at The Wardrobe Theatre, Bristol
Passed

1558. England. A country divided by religion and politics, teetering on the brink of civil war. The hopes of the nation lie with one woman.

2020. England. A country divided by those who enjoy plays featuring men in dresses and those who don’t. The hopes of the nation lie with two West-Country actors.

Yes, that’s right. By popular demand (and the fact that they can’t be bothered to write a new show) Elizabeth’s back! The third of Living Spit’s (un)Holy Trinity of hilarious heritage historiographies is go as Howard and Stu attempt to tell the story of the greatest monarch that ever lived – Elizabeth: The Virgin Queen.