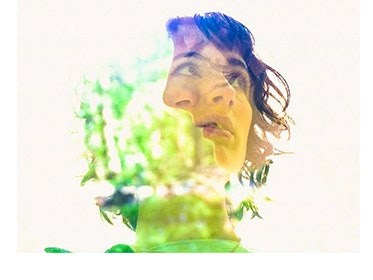 at The Lanes, Bristol
View Tickets

"... a glittering, spacious soundscape– mystical, but never twee." The Line of Best Fit "A vivid talent."- Clash Magazine Bristol based singer songwriter / producer Emily Magpie released her sophomore EP 'The Witching Hour' in November 2017. A bewitching collection of tracks juxtaposing an ethereal splendour with driving electronics, The EP is a reflection on the magic of the everyday and of being human. Co-produced with Anuj Robin, it is inspired by a trip to South America and draws on the empowering feeling of freedom when travelling, where Emily enjoyed chance encounters such as being invited to work with Diego Ubierna (of Adammo, Grammy and MTV Award winner and nominee). The Witching Hour has been received to rave reviews from press including The Line of Best Fit, Tap the Feed, DIY & Clash as well as plays on BBC Introducing and Hoxton Radio. Recent gigs include Green Man Festival, Ronnie Scotts, Sofar Sounds, The Louisiana and The Islington. Emily will be playing more dates in 2018 including as support for This is the Kit. "Intense, vital energy" - DIY Magazine "We are all in love with her hypnotic voice." - Sofar Sounds Guayaquil.