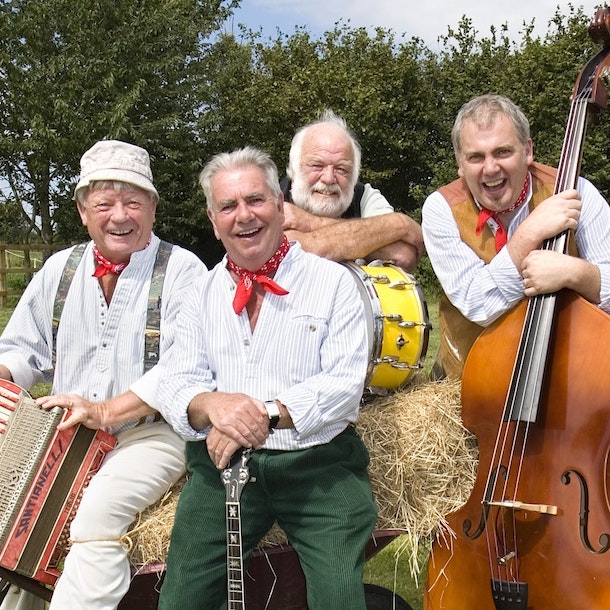 Weirdos of the West country! Hold up yer cider jar, grab thee badger and hitch a ride on that Skimmity wagon! You’ll be taken on the ride of your life along the back roads and byways of the South West – from fields to pubs, weddings to festivals and cider sheds to…..well, we don’t be leavin’ no cider shed! So, if you be lookin’ for proper job, cider swilling Scrumpy & Western music with humorous lyrics, a bit of saucy banter, a lot of p*ss-taking and a dancing badger, then we be the boys guaranteed to get your shindig shaking! Check out the skimmityhitchers.com/wordpress/ for further tour dates and to discover more about the West Country’s favourite reprobates.