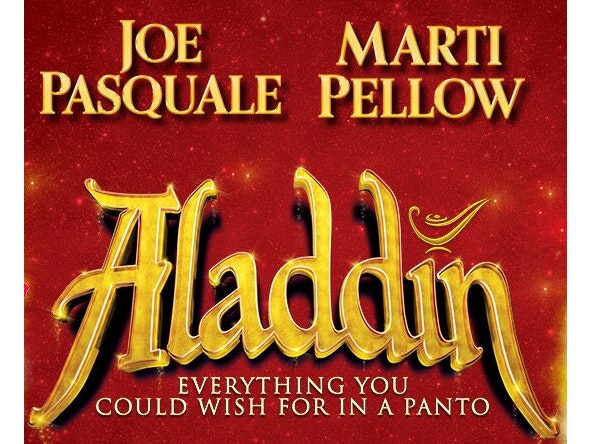 at The Bristol Hippodrome
Passed

Jump aboard a high-flying magical carpet headed for Old Peking and make tickets for this year’s spectacular Regent Theatre pantomime Aladdin one of your three wishes.

Follow Aladdin, his hapless brother, and of course his mother Widow Twankey, on a spectacular adventure featuring a beautiful love story, flying carpets, a wish-granting genie, an evil sorcerer and a lamp packed full of spectacular family entertainment.

Brought to you by Qdos Entertainment, the world’s biggest pantomime producer, Aladdin features all of the ingredients of the perfect pantomime; a fabulous cast and orchestra, laugh-out-loud comedy, stunning scenery and special effects, beautiful costumes and plenty of boos and hisses for all the family to enjoy.

With star casting to be announced, don’t miss your flight aboard the magic carpet! Fly to the Box Office and book your tickets today!

Multi-award winning singer, songwriter, actor and musical theatre star, Marti Pellow's career has spanned forming Wet Wet Wet, one of the most successful and highly acclaimed bands in British pop history; enjoying the UK's second longest number one and one of the most played and biggest selling songs of all time; multi-platinum solo album sales; sold-out pop and jazz tours and starring in record breaking theatre productions, from taking the West End and Broadway by storm in Chicago to box office smashes in Blood Brothers, Chicago, The Witches of Eastwick, Jekyll and Hyde and The War of the Worlds, and the international movie release of Chess In Concert.

Television and stage actress known for her role in Emmerdale and her appearances on Dancing On Ice.